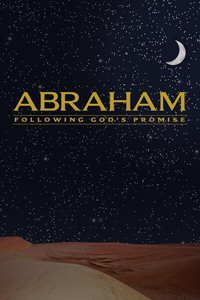 Logos’ new offering Abraham: Following God’s Promise, is a complete Bible Study curriculum for the local church.  The available pieces include Sermon notes, including video support for each lesson; and a small group discussion guide, again including videos, slides, and questions.

I found the material a bit overwhelming for my small congregation, but would be useful for a pastor looking for a somewhat comprehensive set of tools to use across his or her church for an eight week preaching series.  For Sunday School, it is a bit lacking in that it only offers material for part of the traditional thirteen week Sunday School quarter.  A creative teacher should be able to stretch the material for use during a typical quarter. Realizing that my congregation is not typical, I will still look forward to a possible sermon series based on the material - though much of the content will be lost as we do not have projection equipment available or church members with available computers (only one member of my small congregation has a computer and access to the internet).

Material is provided for both the leader and for the student - the leader’s guide includes sermon suggestions and a small group study guide.  A complete package of material is available for download - and individual guide does require that the student also install, at the very least, the free LOGOS engine.  There is no current option for the student material being available for the student who does not have access to a PC or Mac.  Some smart phones are also supported. Having said that, I noticed just as I was preparing this review, that printed books (in sets of five) are being developed, though not actually in production at this point.

The authors each hold graduate degrees from quality educational institutions - e.g. University of Wisconsin, and Trinity Western University.  Their love for scripture and its application to the believer’s life is obvious in the curriculum they have developed.
______________
This review is based on a free electronic copy of this book provided by the publisher for the purpose of creating this review.  The opinions expressed are mine alone.

Posted by Pastor Floyd at 5:10 PM No comments:

My wife and I made a last minute decision this evening to see King’s Faith at our local cinema.  Given the normal schedule, we would have skipped - the evening show was labeled as “Sold Out”.  However, the local theater took the opportunity to an additional showing of the film, starting 5 minutes after the originally scheduled showing.

With two Christian movies playing in local theaters simultaneously, I was surprised how popular this evening’s show had become.  At least I was surprised until I watched the film.  The film made it clear that God takes people wherever they may be and moves them in a direction that accomplishes his purposes.   Those changes move across generations, races, and occupations.  God offers all people the opportunity to follow Him - though they do not always do so.

Even the second auditorium was full.  Most of the audience were between the ages of 15 and 25.  There were some sponsors - aged 40-55, and some senior citizens (i.e. yours truly).   The audience let a rousing cheer erupt at the end of the movie - demonstrating their approval of this locally filmed feature.

If the reader has not yet put this in his or her “to be seen” list for the coming two weeks, add it now - and do not miss King’s Faith.  Perhaps your faith will be challenged, as was mine, by this 108 minute film.
Posted by Pastor Floyd at 11:17 PM No comments:

The ER is under fire - not from state inspectors, not from an internal review board, not from a disgruntled patient.  Rather the ongoing onslaught comes from a vindictive blogger who writes about each error she sees - whether at Grace Medical or at any of the other hospitals in the Austin area.

Kate Callison, the recently hired Interim Director of the very busy Emergency Department, finds herself in the midst of publicity brought by this very public discussion of Austin’s medical system.  Her problems increase when she finds herself caught between two men.  Wesley Tanner is a trained engineer who is also an active participant in the local volunteer search and rescue squad.  Matt Callison is the father that deserted Kate, not physically, but emotionally, when his wife (Kate’s mother) left the family.  Relationships have long been hard for Kate - these two are particularly difficult.

A well written medical thriller that also reflects the grace of God working in and through broken people, Rescue Team demonstrates that God’s grace spans time and distance in unexpected ways.  It held this reviewer’s attention and will allow him to look for the next Candace Calvert book to hit the market.
______________
This review is based on a free electronic copy of this book provided by the publisher for the purpose of creating this review.  The opinions expressed are mine alone.

Posted by Pastor Floyd at 6:19 PM No comments:

Sherlock Holmes and the Needle's Eye - A Review 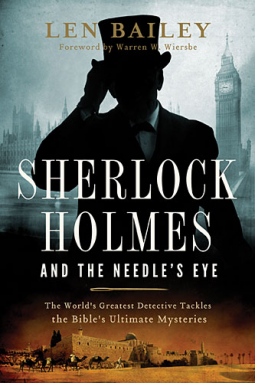 I do not fancy myself a Sherlock Holmes expert - though I am a fan.  I have enjoyed Arthur Conan Doyle’s short stories and novels, as well as books and stories written by interested third parties.  Sherlock Holmes And The Needle’s Eye is one such book.

Sherlock has discovered a time machine that allows him to travel back in time - specifically to the Old Testament and the New Testament eras.  As he travels, he finds Watson and Holmes find themselves observing events that have tended to puzzle Bible scholars and readers for many years.

Each of the Biblical events described as they are seen by the casual observer (i.e. Holmes and Watson) and then discussed by the duo using the tools of the theologian and Biblical scholar.  Some of the conclusions which Holmes and Watson come to are new to this reviewer, but seem to be consistent with the Biblical text.  Though written as stories, the events could be thought of as a lay commentary on the text - discussing both what is written in the text and examples of the Biblical scholarship that have contributed to the church’s understanding of that text with footnotes to both the key Biblical passages and more scholarly work.  This combination of story and scholarship allows the book to be an interesting exploration of the Scripture and its interpretation.

The audience for the book is not the Biblical scholar, but the layperson who is just beginning his or her study of the more troubling Bible passages.  Because the book looks at only 10 such passages, it is hoped that further book may be written in this series from a similar perspective.
______________
This review is based on a free electronic copy of this book provided by the publisher for the purpose of creating this review.  The opinions expressed are mine alone.

Posted by Pastor Floyd at 12:08 AM No comments:

Dr. Matt Newman told a story that made him a victim.  Detective Virgil Grimes thinks he is guilty of murder.  Add a DA who is committed to his career and a defense lawyer who only only half believes Dr. Newman and we have a medical thriller that cannot be put down.  Dr. Newman also hopes to start teaching surgery at the local medical school next week.  Unless he is cleared, it is not going to happen.

During the course of the story, Dr. Newman learns that he is not only a great surgeon, he is also a great emergency room doctor - a fact that will, in time, keep him out of jail for a while.  All this takes place while Dr. Newman is trying to understand the role God will have in his life - how does a loving God allow for the events that are turning his life upside down.

A story with enough twists and turns, Stress Test is difficult to put down.  It kept me up for at least two nights - reading first in front of the TV and then in bed.  An good story for anyone who likes a good mystery - believer or not.
______________
This review is based on a free copy of this book provided by the publisher for the purpose of creating this review.  The opinions expressed are mine alone.

Posted by Pastor Floyd at 6:49 PM No comments: