Murder on the Moor - A Review


Murder On The Moor 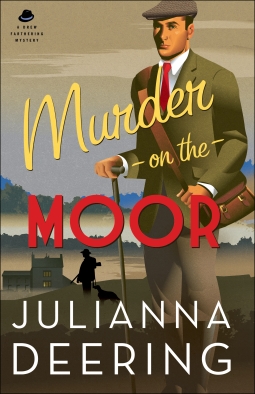 
Some books are more than they seem at first glance.  “Murder on the Moor” seemed like nice murder mystery from a familiar author using a familiar set of characters. For this reader, this book was so much more.


First, let me say that this current volume was the best of the series so far. The setting was more clearly defined, the characters are more developed, and the story was inviting throughout. I understand that the author is an experienced writer, but as I read this book I felt as I were watching her grow as she developed the characters. In my first review of a book from this author, I wrote, “This was the most boring book I could not put down.” The current book was neither boring; nor could I put it down.


Second, the author did a great job of using characters from previous stories in the series. Other than an incidental mention, Inspector Birdsong was missing from this adventure. I do hope he returns, especially now that a member of his family is named after his crime fighting nemesis. But Drew, Madeline, and Nick, continue to make a great team of amateur detectives attempting to solve a series of murders on the English Moor and to save themselves at the same time.


Finally, it cannot go without being said that the real value of this book is not in the mystery, but in its presentation of “LOVE” in many forms - both healthy, unhealthy, and misunderstood. Though there were a number of quotable expressions throughout the book, the one that caught my attention and made me think twice about its meaning was Drew’s words spoken near the end of the book: “I expect that’s the way of real love,” he said gently. “It’s rarely, if ever, deserves.” Though it was not spoken about a lovable character, my prayer is that we all can experience that kind of love - being loved more than we really deserve.

Posted by Pastor Floyd at 6:13 PM No comments: 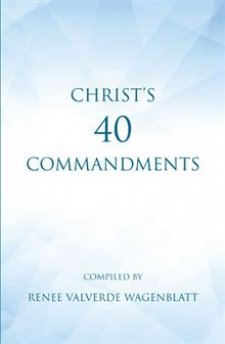 The author has compiled a list of 40 commands that were given by Christ to the New Testament Church. The number seems a bit arbitrary - other sources suggest 49 or 50 commandments. One website suggests that there are only 7 commandments. The author makes no attempt to argue this number - so I will refrain from trying to defend or argue against the actual number of commands given by Jesus.

The current book takes the 40 identified commands and ways, allowing the student to process them as he or she needs. At the heart of all the commands is LOVE, more specifically “Love your neighbor and yourself.” The 40 commands then are reviewed alphabetically and in their biblical order. This is followed by a list of synonyms that could be viewed as being associated with each command and a set of cross references associated with each command. This material takes up about one-half of the book.


Some of these are accompanied additional material, but for the most part they stand alone. The book concludes with the two indexes - a Biblical index and a grouping of the commands by category.

The book appears to be the result of a great deal of personal study. There is not devotional material associated with the book - making the value of the book on the readers use of it in his or own personal devotions.  Though a great deal of information appears to be gathered this one volume, I am not sure I see a purpose for doing so. I might hope that the author could bring together his or her own thoughts thus answering the question - “Why is this material important?” This is not done, leaving this reader to wonder, “Why?”
______________

Posted by Pastor Floyd at 6:24 PM No comments:

Without Warning - A Review 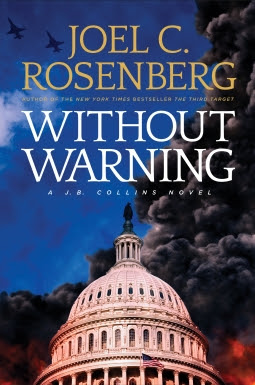 
For the reader looking for a mixture of “Designated Survivor”, a CBS TV show, and the modern (. 2017) political climate, Joel Rosenberg has put together a gripping and readable story that will grab the political thriller fan’s attention.

Starting with the terrorist attack of the century in and moving to the very personal attack against J B Collins and his family in Bar Harbor, Maine, J B will travel the world to find the man responsible for much of the trouble in the world in which he finds himself. Working with unlikely colleagues from the United States, Israel, Egypt, Turkey, and Pakistan, J. B. learn the meaning of faith and sacrifice in order to accomplish his task.

Though the book’s ending is not completely satisfying, the author does make it clear that, as the saying goes, freedom is not free – it comes with a cost, a cost that J B Collins and others were willing to pay.
______________
This review is based on a free electronic copy provided by the publisher for the purpose of creating this review. The opinions expressed are my own.

Posted by Pastor Floyd at 4:35 PM No comments: 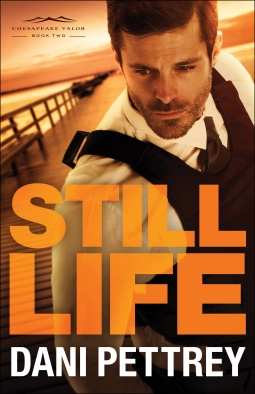 
The second book in a series started by the author last year, Still Life focuses on the lives of a team of private forensic scientists as they seek to solve the murder of a new and upcoming artist and his new model. Things are complicated by a variety of relationships within the team.


The book holds the reader's interest as it takes him or her from art galleries to abandoned mental hospitals. Baltimore and environs provide an interesting setting for this fast moving story. Relationships may be disruptive to some readers - though I did not find them to be too obnoxious.


I have enjoyed other series by this author, with many of the same characteristics. This series grows on the reader as he or she becomes familiar with the characters. This second book can be read as a stand alone novel; however, having read the previous book in the series just about a year ago, I felt a bit lost as I started this book. It might have helped to have a short synopsis of that first book as a prelude to this newest book.
______________ 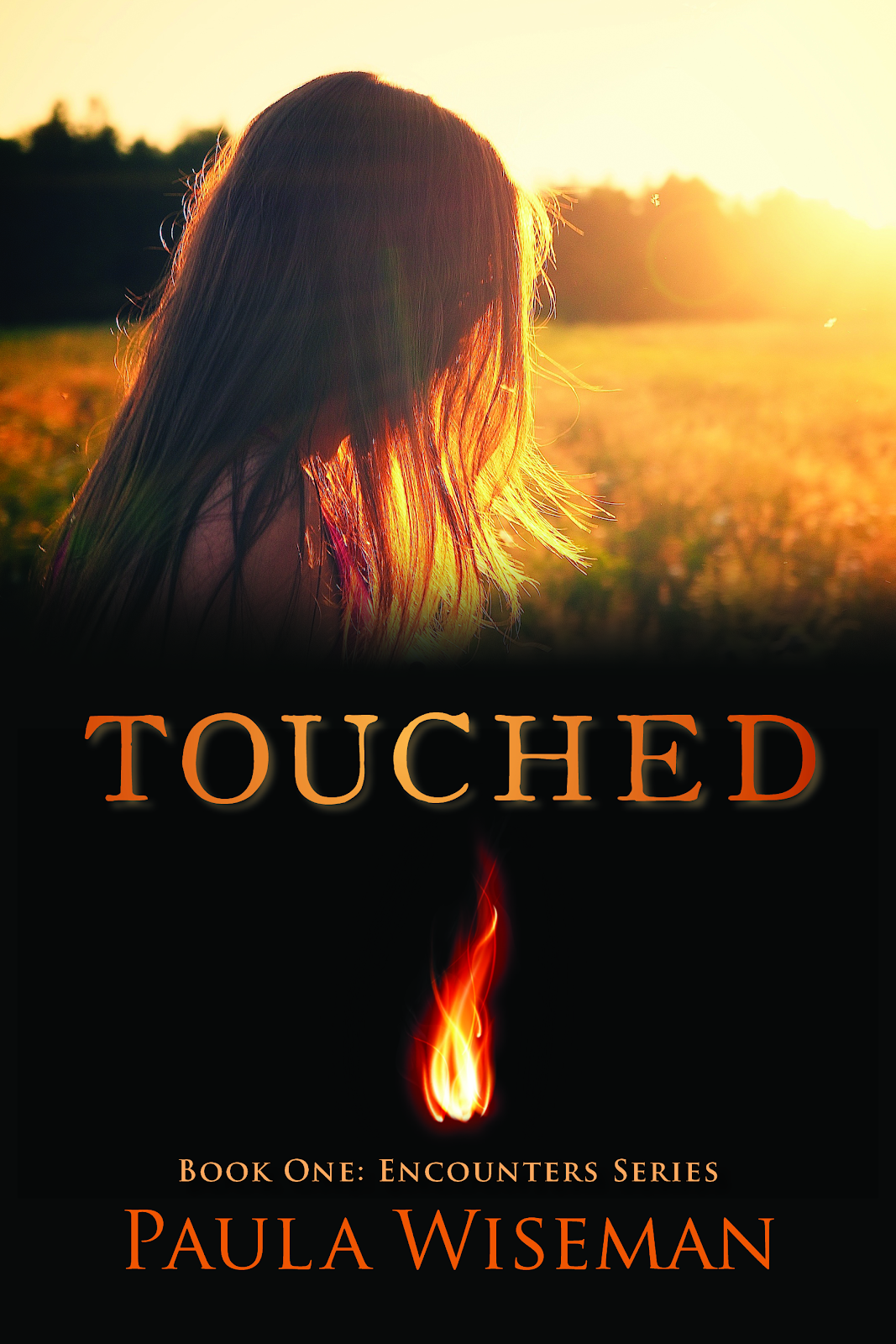 Paula Wiseman has the habit of writing books that focus on people's lives - not mystery, murder, robbery, etc. - lives that people have lived and the “stuff” that people bring with them as they live their lives. She has done a great job of doing that again in “Touched”.

Secrets come in all sorts and sizes. Sometimes, they are as sweet as an engagement ring in a nervous boy’s pocket. Other times they threaten to shatter your very self. With those kinds of secrets, it’s difficult to judge if keeping it or telling it is more damaging.
And as Donna Sue Grant hid her secret, she knew it was true. Her secret, like most abuse, was that was difficult to let go. “Touched” is the story of how she did that.  It is a story than many travel as they move out of abusive relationships, regardless of the abusers relationship to the abused. It is not an easy journey, but one that can lead to wholeness. Paula Wiseman has done a good job of describing the journey of fictionalized character. 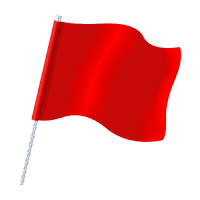 If I were to stop this review at this point, it would be a five star review. But the author has endorsed a glaring error in the course of writing this book. Her husband, a counselor in training, serve as Donna Sue Grant’s primary therapist. If this had been a pastor, he might not know the ethical issues involved in treating his own family. But Phil was being trained in a state university with an exemplary reputation and was being supervised in his current practice by a licensed therapist. He should have learned, as I and every trained therapist learns, that there are ethical issues surrounding the treatment of members of one’s own family. It is the same ethical issues that require that a doctor relinquish treatment of their family to other physicians - who are able to be professionally objective as they treat patients, or in this case clients. For this reader, this flaw raises large red flags that are not addressed in any way within the confines of the book.

The story has a lot to teach the lay person about the history and effect of abuse on its victim. We get a picture of the burden it puts on the abused, his or her need to protect and their abuser. But it also illustrates the freedom that can come once the abuse is revealed. Justice is not always possible, but as scripture says, “The truth shall set you free.” (John 8:32).  The book also presents a clear picture how faith can influence the lives of individuals and families. The author has not stepped back from addressing how faith will change the lives of those who will listen to God’s voice.

This family has more to teach us - the next book has been written, though not yet published. I will be looking forward to reading it in the near future.
______________


This review is based on a free electronic copy provided by the publisher for purpose of creating this review.  The opinions expressed are my own.

Posted by Pastor Floyd at 4:04 PM No comments: