The Shadow Now - A Review 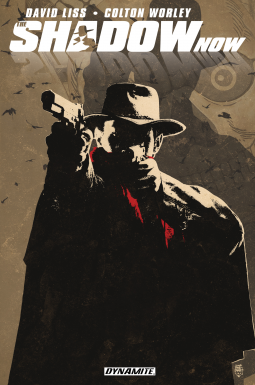 by
David Liss and Colton Worley

It was 45 years ago, sitting in my bedroom listening to a recycled military radio that I heard “The Shadow” being broadcast from a San Francisco radio station.  Even then, the shows were old.  TV (alas, in black and white) was firmly in place and held more of my family’s attention than the radio did - but those old radio shows caught my attention.  Among my favorites, then and now, was “The Shadow”.

The Shadow has occasionally made his appearance in modern culture - either on the big screen, in print, or in a graphic novel.  It is this last format that David Liss and Colton Worley have chosen to bring The Shadow into our current time.  Having spent decades in the East learning anti-aging techniques from the great mystical leaders of another culture, The Shadow returns to New York City once again oppressed by the evil and sinister mobs that he had previously worked to destroy.

In order to maintain his disguise,  the rejuvenated Lamont Cranston assumes the role of his own grandson and teams up, somewhat reluctantly, with the very real granddaughter of his former assistant, Margo Lane.  As I began to read, I was not sure what to expect; but I was not disappointed.  There were new criminals and some old ones that would take all of the cunning and planning of The Shadow and his crew to resolve.

I could not put the book down until I got to the last page.  Now I cannot wait for its next chapter to be released.  A huge thanks to the authors for making my day and allowing me to re-enjoy a bit of my childhood again in the 21st century.
______________


Posted by Pastor Floyd at 6:23 PM No comments:

Not A Silent Night - A Review

Not A Silent Night 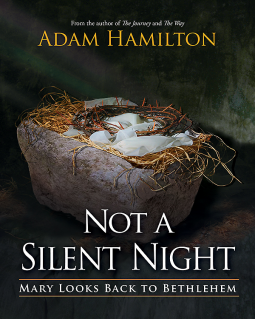 As protestants, we tend to avoid spending much time on Mary, the mother of our Lord.  Yet she is present throughout the gospels - from the months before Jesus’ birth to the weeks and months after his death and resurrection.  Adam Hamilton, pastor of the largest United Methodist Church in the United States, attempts to rectify that omission as he writes this five chapter devotional looking at the life and contribution of Mary to the church.

Writing in reverse chronological order, Hamilton moves back through the Mary’s live and sees how she was involved during the life and ministry of Jesus.  The book is both theological and practical - leaving this reader to ponder events in the gospels that are often minimized but very much present.  Beginning with Mary’s response to the message brought by God’s Son and moving through the role of parenting her son, Hamilton brings to life the emotions, thoughts, and tears Mary must have felt as she lived through the 33+ years of Jesus’ life.

As I approach this coming advent season (December 2014), I hope to use the book as framework for my advent sermons.  I will not preach the book, but it will provide a broad outline that will guide my thinking and planning as we move from the week after Thanksgiving to the last Sunday of the year.  I trust that as a pastor or lay person, others may learn from Mary’s experience as they move through this reverse biography of her life.
______________

Posted by Pastor Floyd at 4:06 PM No comments: 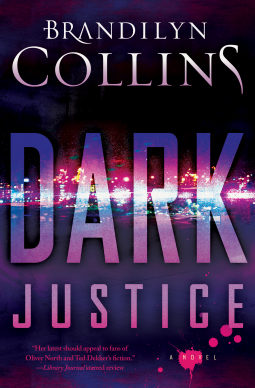 Dark Justice is a fly by the seat of your pants thriller that focuses on the lives of three women who find themselves with the task of saving the United Stated from becoming a disaster scene centered on the collapse of the electrical grid from the West Coast to the Eastern Seaboard.

Beginning with the automobile accident that killed the CEO of large conglomerate to the hospital setting where Hannah Shire, her mother Carol, and daughter Emily would find themselves on the night the lights went out, this reader could not wait to see how they story would end.  The Shire family were innocent bystanders caught up in a conspiracy that covered much of the North American continent.  The excitement builds as the both the local sheriff’s department and the FBI may be deep in the midst of the plot.

Though the Shire’s did not have the tools to break apart the conspiracy, it was their continued persistence that allowed  those with the proper tools to bring the conspirators to justice.  The story is well-woven story, partially told from Hannah Shire’s first person perspective, along with the transcripts of a Congressional investigation following the events of February 24th and 25th in 2013 and the third person description of the activities of the conspirators and the police.  The three voices come together to make a believable story that might easily be found in tonight’s or tomorrow’s newspapers.  One can only hope that the story remains just a story and not a New York Times headline in the near future.

The author has done a superb job of weaving faith into the story without drowning the plot in spirituality.  Building a story with people that have real problems (e.g. alzheimer's disease) in the midst of their crisis takes talent - something this author has demonstrated in Dark Justice.  Though this is not this authors first book, it is the first I had the opportunity to read.  I was not disappointed.
______________

Posted by Pastor Floyd at 7:19 PM No comments: 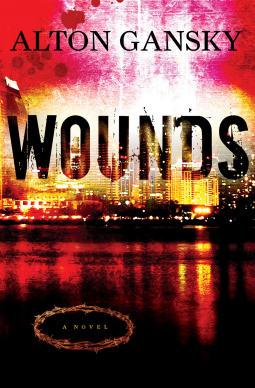 Wounds was a fun book to read, but one easily forgotten.  In the week since I finished the book and the writing of this review, I have had to spend too much time reminding myself of the plot and characters in the story.  For the person looking for nice weekend read, Wounds may fill the need.  However, it will never be a classic revered for generations.

A dead Protestant seminary student, a dead Jewish cantor, and a seminary professor all stand at the center of this mystery.  But at the same time, the secret to finding the murderer goes back years - to the night of a high school prom.  A night that many would soon forget because of the pain it caused.  It soon becomes obvious that decisions made a lifetime ago still hurt and would have repercussions in the present for the seminary professor and a police detective assigned to the case.

As the book ends, this reader still wonders whether either could find forgiveness for the decisions made.

But there might not be more to the story.  Might the seminary professor and the detective find themselves thrust together to solve a future murder that could haunt the environs of San Diego.  If so, I will look forward to reading the continuation of their story.
______________

Posted by Pastor Floyd at 9:15 PM No comments:

Into The Canyon - A Review 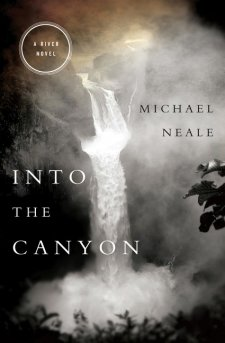 Michael Neale’s newest journey along the river is another lesson in life from a riverman.  This time the lessons come as he again tells more of his story to Blake Caruthers, a friend whose original meeting is recorded in The River.  As is the earlier work, Into the Canyon is a wonderful allegory of God’s constant presence in both good times and bad.

Blake’s marriage is in crisis and in order to sort out his mixed emotions, Blake decides to visit his friend at the River.  The story which follows allows Blake, and the book’s readers, to look at their lives alongside something more powerful than they are themselves.

I found Chapter 22 to be particularly moving as I remember my own wedding day a little over 40 years ago.  Many of us have used the lighting of a third candle to symbolize the uniting of two lives.  Michael Neale uses the image of two streams coming together, merging, but still retaining some of their own distinct characteristics.

Though I have never seen Michael Neale’s “The River Experience” in concert, but if anything like the book, it would be well worth the time attending.  In the meantime it was again a joy to ride the River and as it helped Blake find his way, it also allowed me to examine mine.
______________
This review is based on a free copy provided by the publisher for the purpose of creating this review.  The opinions expressed are my own.


Posted by Pastor Floyd at 3:33 PM No comments: