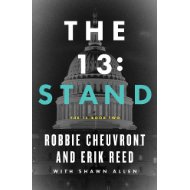 The second book in a series based on a United States which has fallen to the Chinese army.  With the Chinese having overrun the entire country west of the Appalachian mountains, the country is a fraction of the power it once was.  The elected President has been shot, many in the country feel that Vice President has done less than necessary to reclaim the nation that we were.

As the book opens a group of five American political, judicial, and business leaders are plotting to reclaim the government and dispose the elected officials who remain in power.

At the same time, God has appointed a prophet who, along with a group of patriots, are determined to redeem the leaders that God has put into place.  It will be race against time as this determined group repeatedly risk their lives to save what is left of the USA.

I was a bit intimidated when I found I had not read the earlier book in the series (The 13:Fall), but found the current book easy to follow and make sense of without having been exposed to the earlier work.  The story is an exciting journey around the country - and a look at a history that could be if America chooses to reject God’s direction as we move into the future.  It serves as a reminder that America is not a Christian country - but a country that will need to be led by Christians if it is to survive into the next century.
______________


This review is based on a free electronic copy of this book provided by the publisher for the purpose of creating this review.  The opinions expressed are mine alone.

Posted by Pastor Floyd at 2:54 PM No comments:

The Golden Crystal - A Review 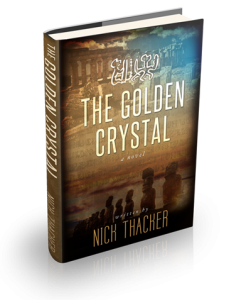 A techno-thriller that moves from the American southwest to the home of the Egyptian pyramids, from the beginnings of the American nation to the modern armed forces.  The book is exciting - but is sometimes hard to follow as it moves from scene to scene.

Though the book needs a bit of editing, the story is entertaining and well thought out.  The underlying thesis of a missing artifact that has chemical and physical properties that can be used for any number of purposes - good or bad - sets the backdrop against which the author develops his story.  Though there is no direct connection, the story has elements of SyFy’s Warehouse 13.  The protagonist must not only discover the artifact, but also how it influences the world around us.  Though the science is not perfect, it is intriguing.

The book is recommended for a reader who is looking for an adventurous summer read that includes a bit of science and mystery.
______________


This review is based on a free electronic copy of the book provided by the publisher for the purpose of creating this review.  The opinions expressed are mine alone.

Posted by Pastor Floyd at 8:42 PM No comments: