Imposters of Patriotism - A Review 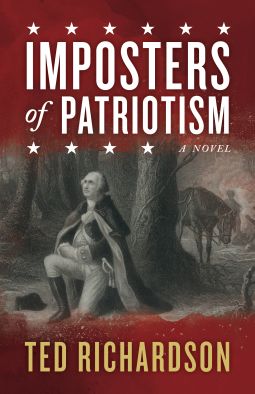 
Historical fiction is really two different genres.  There are those books which are set in a former time period but which are purely fiction and have no connection to truly historical events.  Historical fiction also includes a group of books that are woven from one or more significant events in history - those events not only form the backdrop for the story, but become an integral part of the story.  "Imposters of Patriotism" is a part of this second sub-genre.


The year is 1778.  George Washington and much of the Continental Army is stranded at Valley Forge waiting out a devastating winter.  Watching his men suffer and die with inadequate provisions, deadly illnesses, and increasingly more difficult odds of defeating the British forces being led by General William Howe.  General Washington, seeking what is best for his men and for the country, writes a letter to General Howe offering to negotiate a surrender.  Due to circumstances beyond his control, General Washington's letter is never delivered.  As unlikely as it seemed at the time, the Americans proceed to win the war and gain the independence they desired.  The letter is all but forgotten.


Moving between the past and the present time, we follow the letter and its discovery, as well as collaborating documents, by an antiques dealer living in Savannah, GA.  In the weeks following the letter's discovery, the lives of Matt Hawkins, the antiques dealer, and his friends are threatened by a number of individuals who have put their own interests above those of their country.  "Imposters of    Patriotism" follows the letter, through flashbacks, to its discovery and disclosure to the American public.  In the process, it weaves a great deal of well-known history that adds considerable credibility to this exciting story.


The weaving of fiction and history works well - except for one small flaw.  One major character is described as "the most direct descendant of George Washington."  The problem is that George Washington had no known children of his own. He raised two of Martha's (a widow) children from her previous marriage and two of Martha's grandchildren, but with no children of his own, he had no "direct descendants".  The author may have been better off describing this man as Washington's "closest living relative" and the problem would be solved.


The book was an exciting read - whether the history from the 18th century, glimpses of known events from the early 19th century, or following the lives of Matt Hawkins and his friends as they follow the evidence and their hearts. The book forced me to examine history that I had not previously known, I was introduced to places and people that gave me a deeper appreciation for the men and women who sacrificed for the freedom we still enjoy today. Along with a good mystery, this book should hold many a reader's attention.  And get started soon, as the author has another volume arriving later this year.
______________


Posted by Pastor Floyd at 9:42 PM No comments:

Seven Men:
And The Secret of Their Greatness 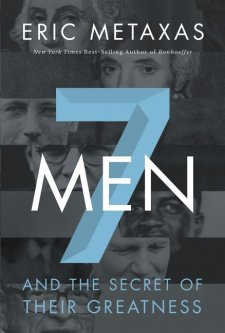 I first encountered Eric Metaxas last year as I read his abridged autobiography of Dietrich Bonhoeffer.  I was pleased to have the opportunity to review another of his recent books.  I have not been disappointed.

After nicely presented “Introduction”, the book focuses on short biographical essays on seven men who have influenced western culture:

Eric Metaxas claims that each of these men had character traits that allowed them to stand out in their in own lifetimes and to world in the years (and, in some cases, centuries) following their death.

Using the biographies penned by the author, I would agree with his choices except for that of George Washington - a slave owner, a poor military leader for much of his life, and misleading statements made about his own life all contribute to my concerns.  He had traits that made him stand out (humility and leadership skills); but, given the picture of his life portrayed by Metaxas, George Washington does not compare to the other six  men examined in the book.  It is possible that Metaxas missed discussing the faults of the other six, but given the emphasis he gives to the faults of George Washington, his name does not belong with the other six.

My other concern is that the list of names is decidedly Western and European.  Given the international nature of the church, there must be African, Asian, and South American representatives that will have stood the test of time.  The author hints that more books may be coming in this series - perhaps they will cross the cultural boundaries avoided in this current book.

Despite these two concerns, the book was well worth the time I spent reading it over the past week.  The character traits represented by these seven men make each of them stand out in their own time and for all time.  The traits exhibited by these seven are well worth emulating by the men being raised to lead the next generation, as well as our own.
______________
This review is based on a free electronic copy provided by the publisher for the purpose of creating this review.  The opinions expressed are my own.

Posted by Pastor Floyd at 6:19 PM No comments: 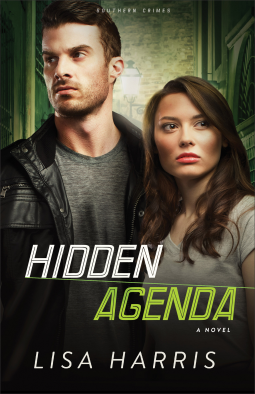 Undercover cop meets son and daughter of cartel boss - that sums up this book.  Oh, did I mention that they have to run, literally, for their lives.

The book is another Christian thriller with a hint of romance that kept this reader guessing and on the edge of his seat from page one to the very end. I was fairly easy to trust Olivia as she and undercover cop Michael Hunt get to the bottom of the drug trade that transpired across most of the Southeastern seaboard of the United States.  On the other hand, Olivia’s brother Ivan was more difficult to decipher.  The occasional times he slipped away, the phone calls, the leaks to the cartel - I often thought he might be responsible.

The “cartel” was not well-defined.  Since this was the third book in a series, it is possible that reading earlier volumes would clear up that mystery - I had not.  That one missing piece of information provided the only hole in an otherwise excellent story. It was not clear, either from the story or from the book’s front matter, whether reading earlier books would have helped in understanding some of this story’s background.  The missing books did not distract from the storyline - except for the possible definition of the “cartel”.

The book provides a winter diversion as we wait for Spring to settle in with its warmth.  Whether on a break from work or a late night read before heading to bed, Lisa Harris has provided an exciting read with lots of excitement.  I’m ready for more.,
______________

Posted by Pastor Floyd at 3:44 PM No comments: