How To Find It In Your Bible - A Review

How To Find It
In Your Bible 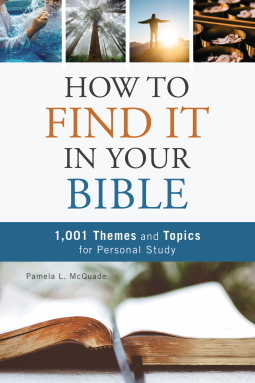 As a teenager, one of the first Biblical reference books I received as a gift from a pastor was Nave’s Topical Bible. This book serves as an abbreviated (though not duplicated) version of that book.

The book offers topical references to 1,001 different important terms and concepts found in scripture. That number is a bit deceiving as some of the terms are only covered indirectly:

Meaning, that there are a bit less than 1001 actual topics discussed. The underlying translation used for this reference is the King James Version, making it useful to most 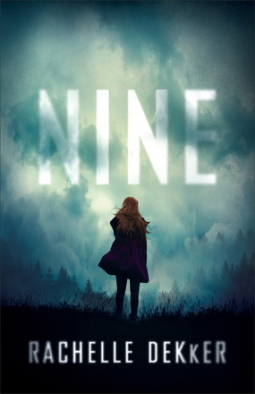 Nine is a difficult book to review. It contains far more graphic violence than I would want in a book I would normally read. In addition, coming from a Christian publisher, it has little direct connection to the Christian faith.

Yet it serves as a good parable of how one can change when they receive undeserved love. Three protagonists, coming from three different places, will need to experience that undeserved love before they can experience the freedom they each desperately need.

It would take all 350+ pages of the book to convince me that this book, this parable, would have something to teach us about that love. In that the book has value.

In some ways the story might fit better into a graphic novel or a Marvel movie spectacular - yet it still remains a valuable parable that can reach deep into the heart. I would give the book 3-½ stars if I could, instead it gets a 4-star review.
______________

This review is based on a free electronic copy provided by the publisher for the purpose of creating this review. The opinions expressed are my own.

Posted by Pastor Floyd at 4:15 PM No comments: 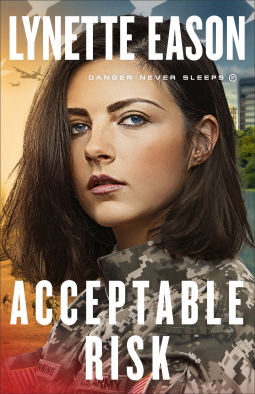 by
Lynette Eason
PTSD, suicides, drug trials, and families, provide the ingredients for a tightly wound suspense novel that has roots in the mountains of Afghanistan and ends up in an east coast VA hospital.
For one family to experience so much pain was unfair and Sarah Denning was determined to find out where it was coming from. It would not be an easy search - she would need to convince her friends and family that she was on the right track. That would not be easy - she had been on serious pain killers that could disrupt her memories and emotions. And there were powerful men and women who did not want her to discover the truth. Could she survive her own demons and those being thrown at her by a corrupt medical community?

Though published by a faith-based publisher, faith has but a small part in this story, leaving this reader a bit disappointed. Also, as I often suggest, when a fiction book deals with issues that real people face daily (in this case PTSD), I would hope that a resource or two (phone number and/or web page) would be suggested to find real help in our broken world.

Though I would see no problem putting this book into a church library, its lack of a serious spiritual focus may allow some to reconsider. It would easily belong on the public library shelf and would be enjoyed by any reader who enjoys suspense or medical thrillers. I give it a 4-½ star review.
______________
This review is based on a free electronic copy provided by the publisher for the purpose of creating this review. The opinions expressed are my own.


Posted by Pastor Floyd at 3:22 PM No comments:

Closer Than She Knows - A Review

Closer Than She Knows 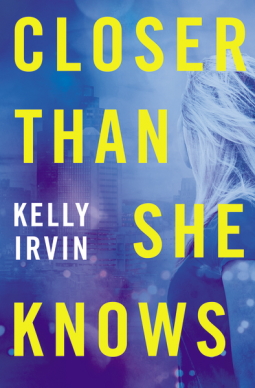 Her prayer life was more
a series of discussions
between an Abba Father and
His recalcitrant daughter.

It is not often I read a book for a second time - I did this one. Not because it was great (though, it was good), but because I read it the first time last February. I was ready to review it, but then the 2020-pandemic hit. My schedules changed, my wife was home, meals were a bit different. And for 6-8 weeks my habit of reading and reviewing got sidelined. I have mostly caught up on my reviews, but this book got pushed to the bottom of the pile. Now, six months later, I discovered the missing review; but to prepare a current and fair review, I needed to reread the book. I am glad I did.

Kelly Irwin has written a faith-based novel that focuses on the court recorder daughter of a law enforcement heavy family. Her father and two of Teagan O’Rourke siblings were in law enforcement. One stepsister chose law school - a close second. A serial killer was slowly murdering the important people around her, co-workers, friends, and now, it seemed, family members. The clock was ticking before another would die. The family, working with the San Antonio Police Department, and the youth pastor, who was sweet on Teagan, would need to follow the clues - would they lead to a murderer or to a trap.

Teagan would need to learn (or was it relearn) to trust God - both for her and her family’s safety and for her future. They would be hard lessons to learn.

The book held this reader’s attention from chapter one to chapter forty-two. Though not planned, it was a book worth reading a second time.

Posted by Pastor Floyd at 3:52 PM No comments:

Booked for Death - A Review 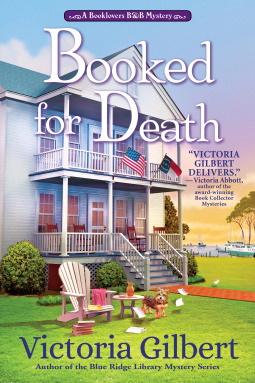 What do you get when you mix murder and international espionage with a seaside resort town’s Bread and Breakfast? One answer is Victoria Gilbert’s Booked for Death.

It began simply enough - a costume party held for the members of Chapters’ (a local Bed and Breakfast) book club and current B&B guests. Tonight, the club was going to discuss the work of Josephine Tey, a Scottish mystery author from the early 1900s. That was the plan. But by the end of the evening, the discussion would focus on the unexpected death of Lincoln Delamont in the old house’s carriage house.

The author has carefully crafted a cozy mystery that lays out enough clues that a careful reader might discover the murderer before the truth is revealed in the final chapters. There were times that this reader thought that some of the plot would not fit well with the story. In the end all the pieces fit together nicely. I enjoyed the book - others will as well.

Posted by Pastor Floyd at 3:33 PM No comments: 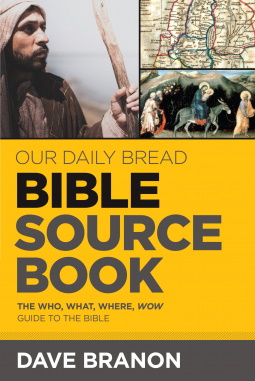 In the early 1950’s Henrietta Mears wrote a helpful Bible introduction for the layman entitled What the Bible Is All About. It has been updated a number of times, but it still shows its age. Dave Branon has created a new book written for the same audience and for the same purpose but for the 21st century.

The author, in his introduction, provides a good overview of the books contents.  Each book is described in two sections:

The material is current, including reference to modern archaeological discoveries and research. The biggest concern this reader has is the minimal references provided - there are some, but in this 300-page book are only 15 footnotes. The author does list 15 sources dating from 1958 to 2016, but he gives no specific page numbers from which he pulls his data. Even  though written for a lay audience, it is my feeling that an author should include detailed references to material borrowed from others. A good teacher (i.e. even a Sunday School teacher) should be able to verify and guide his or her students to more information on the topics discussed.

Given these limitations, the book would still be handy for the pastor for quick reference and for the lay Sunday School teacher as a source for supplemental material. The book will find a home in most church libraries.

Posted by Pastor Floyd at 3:44 PM No comments:

The Story of the Bible in 365 Readings - A Review

The Story of the Bible
in 365 Readings 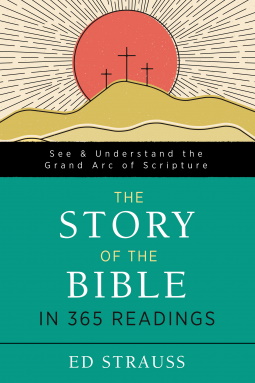 by
Ed Strauss
This new book presents a group of simple but thought-provoking devotional readings that take the reader from the days of creation in Genesis to the end of time in Revelations. Each entry is a little less than a page in length. Here is an example from I Samuel 24 and 25:
The entry begins with a sentence explaining the key points from the lesson. The lesson ends with comment or two that the reader can remember throughout the day. Though the entries are numbered, they are not dated, allowing the reader to start or begin their study when convenient for them. The book contains a Table of Contents near the beginning of the book that allow the reader to find a reading based on a particular passage. The book concludes with a scripture index - though I could not use it to easily find references.
The book will take the reader through the whole story of scripture, but I would have a difficult time recommending it as the first devotional for Bible Study.
______________
This review is based on a free electronic copy provided by the publisher for the purpose of creating this review.  The opinions expressed are my own.
Posted by Pastor Floyd at 1:46 PM No comments: