The Deeds of the Deceitful - A Review

The Deeds
of the Deceitful 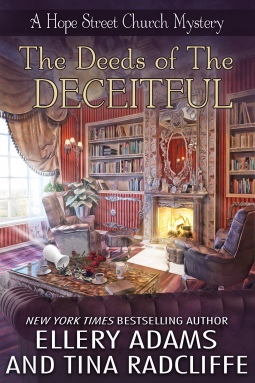 Virginia is beautiful in Virginia - at least until Loretta Atwood dies in an automobile accident and the Austin Deveraux painting is found missing from the place on the wall of the Atwood Inn on which it was hanging. It gets worse - almost everyone has a motive and an opportunity to commit the crime.

Cooper Lee’s Sunday Morning Bible Study from Hope Street Church was invited to a complimentary weekend at the newly renovated Atwood Inn - a small group just large enough to give the inn a soft launch two weeks before the grand opening. With a staff of six, the number of suspects was small; but was growing. It would include Cooper’s mother who supplied pastries for the weekend festivities. The Bible Study was looking at Proverbs with a focus on the seven deadly sins (“Lust, gluttony, greed, sloth, wrath, envy, and pride, …”) - all possible motives for Loretta’s murder.

This faith-based (including scripture quotations) cozy mystery was a perfect read for a COVID-19 weekend. Now if I can sneak in one of the three recipes included as an appendix. Even though it is the sixth book in a series featuring the Bible Study group and the first that I had read, it easily became a stand-alone read. I expect that reading others in the series would flush out the characters, but no holes were felt as I made my way through this book. A book is easily worth the five-stars I am giving it.
______________
This review is based on a free electronic copy provided by the publisher for the purpose of creating this review. The opinions expressed are my own.


Posted by Pastor Floyd at 3:57 PM No comments:

The Killer in the Choir - A Review

The Killer
in the Choir 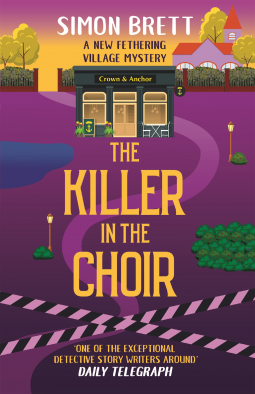 This book is not quite a cozy mystery, but a very satisfying English mystery, easily following in the footsteps of Agatha Christie, et al. The story takes place in the small seaside town of Feathering where everybody appears to get along but two murders quickly seem to contradict what appears on the surface.

Like most small English communities, Feathering is full of gossip and opinions. And when Alice Mallett’s Step Mother and Father die within a few months of each other, tongues start wagging. Carole and Jude, neighbors and friends, quickly find themselves in the midst of a search for the killer or killers. It is only when they start talking that they find the clues needed to identify the culprit.

It was a fun book to read. The 21st book by this author taking place in the village of Feathering, it easily stands alone - but whets this reader's appetite for more in the series. I’ll be checking the book stores and libraries for these titles.
______________
This review is based on a free electronic copy provided by the publisher for the purpose of creating this review. The opinions expressed are my own.


Posted by Pastor Floyd at 4:33 PM No comments:

The Bible Recap - A Review 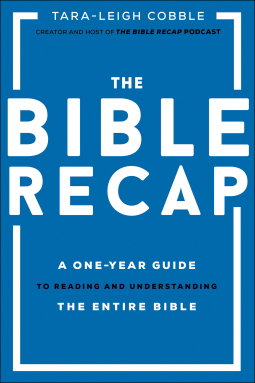 A difficult book to classify - one might call it a Devotional, a Bible Reading Plan, a Chronological Bible, or a Bible Commentary. It is actually a bit of all three. The author has taken the Bible and divided it into 365 daily readings in Chronological order. The reader will need to have their favorite Bible handy, the text of the Scriptures are not included in this book. Along with each daily reading is a brief commentary helping the reader understand the underlying text. The day’s reading concludes with a devotional thought (called “Today’s God Shot”) suggesting how the reading might be applied in a believer’s life.

Picking up this book makes this reader want to start (better, restart) a plan to read through the Bible next year. Actually, the reader can start anytime - The 365 daily sections are numbered - not dated. An individual could easily use the book as a guide through the scriptures or a small group could use it as a jumping-off point for a year-long walk through the Word of God.

A local church could use it as a Christmas gift for its members as they seek to study the Scriptures together.
______________
This review is based on a free electronic copy provided by the publisher for the purpose of creating this review. The opinions expressed are my own.

Room of Marvels - A Review 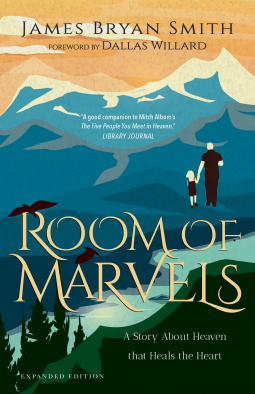 Following in the tradition of Pilgrim’s Progress, The Chronicles of Narnia, The Five People You Meet in Heaven, and The Shack, Room of Marvels fit in nicely.

I would recommend that every reader keep a box of tissues nearby as they follow Tim on his trip through heaven. The book is a work of fiction but it finds its roots in a series of daydreams the author originally had some 20+ years ago. Within a short period of time, the author had lost a close friend, his mother, and his disabled daughter through death - a series of devastating losses. The daydreams helped him process his grief; he made notes of the dreams and eventually published his story in September 2007. Now, 13 years later, it is being re-released by a new publisher, Intervarsity Press.

In the book, Tim meets the three people who died and others - and begins to understand what God was trying to accomplish through those tough times of his life. He begins to process his grief. One of the gifts that the book offers is a detailed explanation of how the people Tim meets in his journey to heaven are closely connected to the people in the author's real life. He then reflects on the growth he has experienced since writing the original book 13 years ago. The book concludes with a series of study questions for individual or group use. It is a spiritual journey of his walk through grief both as the events transpired and as he has continued to grow. In the end, it offers the reader HOPE in multiple ways.

The Escape - A Review 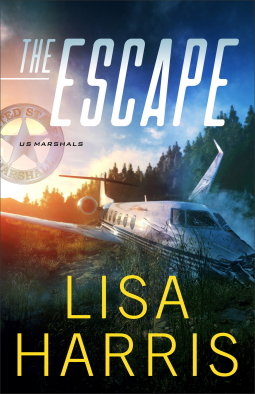 Lisa Harris presents the first book of a series focusing on two US Marshals stationed in Seattle WA. The two US Marshals, Madison James and Jonas Quinn, are charged with transporting two fugitives from Seattle to Denver; but mid-way, the small plane they are on runs into a storm that brings the plane crashing down into the tree tops of the Rocky Mountains somewhere in rural Idaho. The two pilots and one of the fugitives dies; James and Quinn will spend the next week tracking the remaining fugitive, Damon Barrick, across much of the western US.

Their search will take them to Salt Lake City UT and to Houston TX, among other stops along the way. Their search will also allow the two US Marshals to become familiar with each other’s skills and gifts. A romance is possible - but not in this book. That is one of the hints that suggest another book or two is in the offing. The other hint is the unexplained death of Madison James’ first husband and subsequent threats against her life.

The story itself is a mixed bag of exciting and patient reading (i.e. sometimes slow). Lisa Harris has done a great job of describing the rural Rocky Mountain environment offering an inviting description of the area - leaving this reader wishing that he had the time and energy to explore a part of the country to which he has not been. As she weaves a bit of faith into the story, the reader begins to understand how God can meet people wherever they are or in whatever circumstances they find themselves.

I could easily see the story serving as the foundation for a TV series (CBS, are you listening). But it could just as easily belong in the church library or on the reading list of anyone who enjoys law enforcement thrillers. Though the book is faith-based, the reader does not feel that he has been drenched in unneeded spirituality, proving amble reason for also making room for it in the public library.
____________
This review is based on a free electronic copy provided by the publisher for the purpose of creating this review. The opinions expressed are my own.


Posted by Pastor Floyd at 1:17 PM No comments: 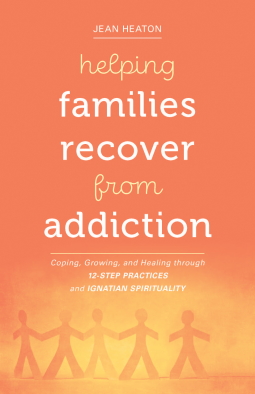 It was nearly 25 years ago that my family had to begin dealing with recovery. Though we did not attack the issues using Twelve Steps (we used a model offered by the Minirth―Meier Clinic in the book Love is a Choice), the Twelve Steps were certainly part of our assigned reading. It has now been 15 years since I picked up a book explicitly dealing with the topic. Jean Heaton’s book provided a nice refresher of the lessons we learned and applied years ago.

I enjoyed the way the author took time to explain how each step helped her in her journey and then expanded it to demonstrate how each step can challenge different individuals and families in different ways. The author also connects the Twelve Steps to her Catholic faith by connecting to the Scriptures and church fathers. Each step also includes a devotional asking the reader to reflect on how each step pertains to their own journey.

I was appreciative of how the book helped me review lessons learned 20 years ago and its reminders of how to handle myself when dealing those still dealing with addictive behaviors even if not active addictions.

Though most evangelical churches would probably not place this book into their church libraries, I do think Christians of any type dealing with addictions within their family group could be helped in their journey through the Twelve Steps - whether just beginning or years along the path.

My major concern is that a book of this type can leave the reader thinking that having gone through the book, they have completed the Twelve Steps. For each of us who have followed that path, it is one that must be repeated, again and again. This book allowed this reader to walk it one more time - perhaps someone else needs to walk it again. May this review serve as an invitation for you to do so.
______________
This review is based on a free electronic copy provided by the publisher for the purpose of creating this review. The opinions expressed are my own.
Posted by Pastor Floyd at 5:09 PM No comments: