Reclaiming the Lost Art of Biblical Meditation - A Review 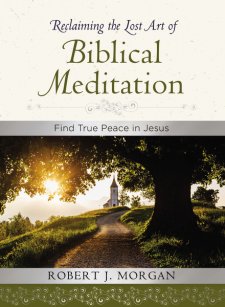 
Robert J. Morgan has a reputation for compiling material suitable for personal or corporate devotions. In the past these have included collections of sermons, hymn stories, and church history. This book serves a similar purpose, but also guides the reader toward developing the spiritual discipline of Biblical Meditation in his or her own life.


The middle portion of the book contains suggested meditations based on each chapter. This of course requires the reader to review, again, the principles discussed in the book. Plenty of blank space is provided for the reader to make his or her own personal comments.


The book concludes by gathering the key Biblical passages used as examples throughout the book. This allows the reader to use the tools and guidelines provided throughout the book without the intrusion of the author’s commentary.


I found the authors approach helpful. Having spent much of the early years as a believer using Bible study materials developed by other publishers, this book takes that approach one step further - by using the Bible Study material to teach the reader to develop skills that can be used independently of a publisher’s pre-printed manual. Part of discipleship is teaching believers to study and apply the scriptures for themselves. This book does that well.


This reviewer would recommend this book for use as an individual’s personal study or as a unit in a small group study. It would make a handy gift for a new believer who is ready to study scripture independently. I would also recommend that it be placed on the shelves of a church library, making it available to a larger audience over time.
______________
This review is based on a free copy provided by the publisher for the purpose of creating this review.  The opinions expressed are my own.

Posted by Pastor Floyd at 1:36 AM No comments:

The Curious Christian - A Review 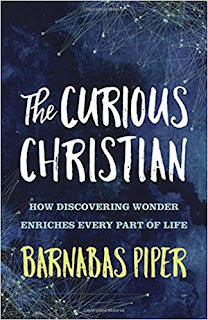 A broad look at curiosy and the Christian, the author makes a solid case for the role curiosity plays in the life of a believer – whether the ordinary layman living a rather mundane life or the scholar who is researching questions of lasting consequences.  Questions are part of being human – whether it is in culture, the sciences, or faith.

The author explores a number of questions related to curiosity:
My favorite chapter was actually the final chapter – “How to Live a Curious Life’ in which the author provides 12 takeaways for living the curious life. It summarizes much of what has been discussed in the earlier parts of the book.

Ultimately, I was somewhat disappointed in the books presentation. It did not draw me in, nor was it as practical as I would have liked. Much of it consists of a description of one man’s personal journey as a curious person – perhaps of interest to some, not to this reader. This is one book I will not be adding to my permanent library.
______________
This review is based on a free copy provided by the publisher for the purpose of creating this review.  The opinions expressed are mine alone.

Posted by Pastor Floyd at 4:16 PM No comments:

The Illusionist’s Apprentice - A Review 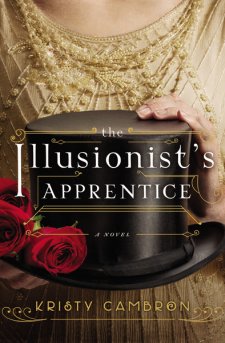 
Fairytales can take many forms. This one takes the form of an historical cozy mystery set in the years following the First World War. But also woven between its pages are flashbacks to Wren Lockhart’s troubled childhood and her adventurous teen years. Along the way we meet Harry Houdini and we get to make brief visits to the Palace of Versailles in France. We also get a glimpse of the classical collection of tales found in W. Jenkyn Thomas’ “The Welsh Fairy Book”.


Wren Lockhart watched her mother die and always blamed herself for not preventing her sister’s causing the death. It would take 30 years for her to discover the truth and to find the freedom to forgive herself and learn to love and trust another person, while a variety of vile characters would try to destroy her life and heart along the way.
The book was part cozy mystery, part history (I enjoyed the author’s note at the end of the book), and part adventure.  The hint of faith and romance add value to the book for many readers.

Posted by Pastor Floyd at 6:54 PM No comments:

Double Up - A Review 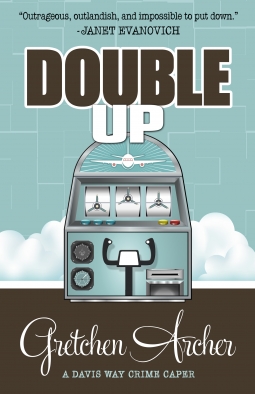 
Gretchen Archer knows how to write a cozy mystery. She combines murder, arson, and fraud into a fun and funny story centered on the Bellissimo Casino and, for this book, the new competitor, the Blitz, located across the bay in Biloxi, Mississippi.


Davis Way Cole’s “House” is hilarious as it attempts to meet every need the family has in 24th floor suite - EVERY NEED to the extreme. Added to “House” is Davis’ ex- ex- Mother-in-Law and her ability to spy on the competitor’s operations. Then things only went from bad to worse when the shrimp started spoiling in the ex- ex- Mother-in-Law’s car (“yuck”).


It was obvious something was not right - and Davis Way Cole (former casino super spy) took it upon herself to find out what it was without getting herself and her friends killed in the process.


This reader was laughing from the first chapter - he needed to be careful to not wake his spouse with a giggle or two in the middle of the night. Though the mystery was obvious from the beginning, it would take nearly half the book before the first murder took place - meaning the story was a bit, though not obnoxiously, slow in developing.  My biggest disappointment, having read the earlier books in the series, was the disappearance of many main supporting characters, Fantasy, No-Hair, Mr. and Mrs. Richard Sanders, from most of the current book. If the reader has not read previous books in the series, their absence will hardly be noticed.


For the reader looking for a funny and enjoyable spring read, “Double Up” should fill the prescription well.
______________

Posted by Pastor Floyd at 3:08 PM No comments: 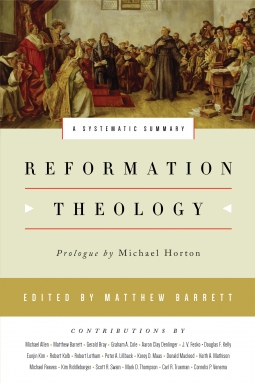 I was hesitant to agree to review this book. I clearly do not put myself in the reformed church tradition - yet, as a Wesleyan pastor, theology does intrigue me, and I want to understand it as best I can. I was not disappointed.

In spite of the title, the book is not a theology text, per . It fits most closely under subject heading “historical theology”, but it does not quite fit there either. When I consider the topic of “historical theology” I expect to find the book or paper to follow the development of a theological theme over time - from the original scriptures and early church, to the church fathers, through the middle ages and the reformation, to its current understanding the church. This book does not do that. Rather, this book takes a snapshot of the broad areas of theological study (from the doctrine of scripture to eschatology) as they were understood during the formative years of the reformation. Written as a series of essay, each dealing with a specific theological topic, the various authors attempt to examine the doctrinal issues through the eyes of major players in the reformation. As an example, let me draw from the “Abstract” on the essay entitled “Sola Scriptura” by Mark D. Thompson:

ABSTRACT
Sola Scriptura is sometimes described as the formal principle of the
Reformation. Certainly, an appeal to Scripture’s final authority is
common thread throughout the writings of the major theological
of the Reformation, despite their distinctive emphases and
interests. This chapter examines the thought of Luther,
Melanchthon, Zwingli, Bullinger, Calvin, and Cranmer on the -
of Scripture in an attempt to highlight both their common
and their unique contributions. It also argues that -
the revolutionary character of the Reformers’ -
to Scripture, it in fact relied on held convictions
the nature of Scripture and its right to determine Christian
and practice.

The reader will notice that the author attempts to draw from the thoughts of Luther, Melanchthon, Zwingly, Bullinger, Calvin, and Cranmer. Other writers may draw from a subset of these individuals or extend their writing to include elements of the Counter-Reformation and other contemporaneous groups. Interestingly, Wesley’s name is mentioned only once, in the Prologue, which sort of serves as later limit of the book’s coverage.

I found the reading to be a bit uneven - the Prologue was very difficult, formal, scholarly; some essays followed the same pattern, while others were more readable by the typical seminary and graduate student. They were still scholarly and well-researched, but not so formal as to hinder the reader’s understanding. The book was not written as a defense of Reformed theology, but as an explanation of the theology at the time they lived. Some authors simply echoed the reformers' ideas, others tried to place those ideas into their cultural settings. Speaking of authors, the only name familiar to this Wesleyan reviewer was that of Michael Horton (who wrote the Prologue) - I expect that this is more a result of this reader’s background than the quality of the scholars chosen to be part of the project.

Though the Advanced Readers Copy did not include indexes, a Name Index, a Subject Index, and a Scripture Index for inclusion in the final edition of the book. These will add significant value to the bookthe

This book does belong on the shelf of all scholars coming out the reformed church or having an interest in historical theology. Having said that, I would recommend the book be read by Christian scholars of all stripes - whether a personal copy or one borrowed from the library. Luther, Melanchthon, Zwingly, Bullinger, Calvin, and Cranmer, each contributed to the protestant reformation in their own way. Understanding that contribution will be important to all of us.
______________

Posted by Pastor Floyd at 4:40 PM No comments: