Trust Me - A Review 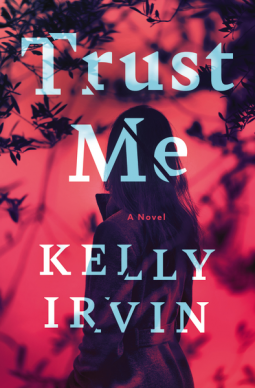 Delaney Broward (aka Laney) had lost everyone. Her parents had died in a car accident when she was young. Her grandparents had died months apart while she was in college. Her brother, Corey, was murdered. And her best friend, Hunter Nash, the man she thought she was going to marry, was charged with the murder and was convicted of manslaughter 10 years earlier. And now he was out on good behavior and was hounding her a bit too much. It was not just her opinion - it was an opinion shared by the San Antonio TX Police Department and Laney’s friends.

The day Hunter Nash returned was also the day that Ellie Hill, Delaney’s best friend now, was killed in an horrific murder.

Suspect number 1 for Ellie’s murder was Hunter Nash - if he had any hopes of rewinning Delaney’s heart, he now had to prove that he was innocent of two murders. And that was something Delaney, the San Antonio TX PD, and Laney’s friends did not think possible.

The resulting story is a stomach-churning, edge-of-your-seat, thriller, that did not let this reader relax until the very last chapter. The story has the reader traveling throughout San Antonio, gathering clues, with and without the help of the police department. In the midst of this story we watch two young adults struggle with their faith. One’s faith grew in the most harrowing of places; the other lost their faith through a similar set of circumstances.

With the exception of the last chapter, the book was perfect. Most (all?) of the last chapter could have been omitted, allowing the reader to fill in the story’s final details. I give the book 4-½ stars.
______________
This review is based on a free electronic copy provided by the publisher for the purpose of creating this review. The opinions expressed are mine alone.

Posted by Pastor Floyd at 5:08 PM No comments:

Long Overdue at the Lakeside Library - A Review

Long Overdue
at the
Lakeside Library 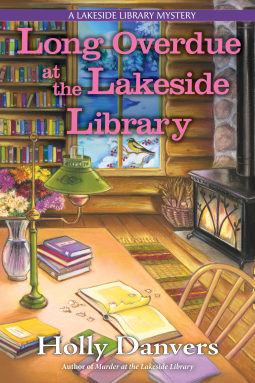 This fun cozy mystery is set in upstate Wisconsin along the shores of Pine Lake. Though the lake, the community, and the people, are fictional, many of us can identify with the environment which Rain Wilmot (known as Rainy to her friends) has chosen to call home. The author presents us with the second book centered around the privately owned public library which is beginning to be a year-round draw for the larger community. Though fictional, I wish I could visit.

I had one disappointment with the book - one about which I will keep my mouth shut. Having spent four years in Wisconsin, it was easy to picture the cold, snowy, icey, winter weather, in which the story takes place. I can easily place myself in Rainy’s place as she finds herself in the ditch along a dark, snow cover road. I have been there! The plot, the setting, and the characters, easily make this a 4-½ star book.
______________
This review is based on a free electronic copy provided by the publisher for the purpose of creating this review. The opinions expressed are mine alone.

Posted by Pastor Floyd at 7:09 PM No comments:

A Three Book Problem - A Review 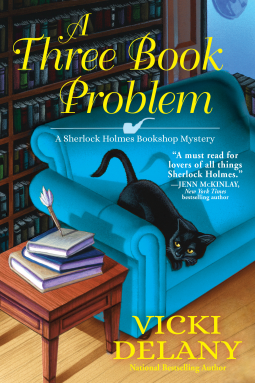 Vicki Delany is quickly becoming a favorite cozy mystery writer, both with her Sherlock Holmes Bookshop Mystery series and her Lighthouse Library series (written as Eva Gates). The Three Book Problem only adds to the collection.

Gemma Doyle and friends are chosen to cater the weekend Sherlockian retreat organized by David Masterson for his friends and acquaintances. It was a strange affair from the beginning. It became stranger when the host is shot with a dart and found to be nearly bankrupt. Luckily one of Gemma’s friends was New London MA lead police detective Ryan Ashburton. Gemma Doyle also had a knack for getting her nose into local murder cases. Together, the pair gather enough evidence to determine the guilty party and again bring justice to New London.

With the exception of spending too much time discussing the wardrobes of the various characters (especially in the first 20% of the book), the story was enjoyable and entertaining. The late Fall New England scenery in which the book is set is beautiful and inviting. The collection of characters range from obnoxious to inviting. I give the book 4-stars.
______________
This review is based on a free electronic copy provided by the publisher for the purpose of creating this review. The opinions expressed are mine alone.

Posted by Pastor Floyd at 4:45 PM No comments: 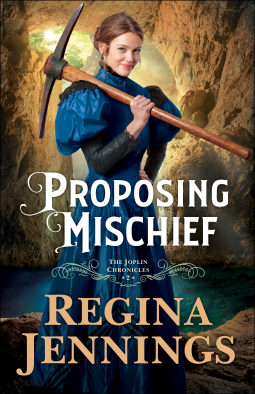 Offered as a romantic thriller, the publisher forgot to mention this was more romance than thriller. Because of this, this book is not one I would usually pick up and read. On the other hand, it was a light-hearted trip through late-1800s, early-1900s, Joplin MO, that did hit my interest as an historical, faith-based novel.

Beneath the city of Joplin sits a crystal filled cave, now flooded, but at the turn of the century it became a major tourist attraction - inviting both the wealthy and the lowly population from far and wide. This fictional novel creates a story around its original discovery and development into a successful business venture. While the characters and their actions (with a few minor exceptions) are fictitious, the places and community are very real. It leaves the reader wishing he could still visit the crystal cave sitting beneath the city of Joplin.

The book could easily be subtitled “A Marriage of Convenience” as both Maisie Kentworth and Boone Bragg marry to avoid the suitors and connivors who are trying to woo them into unwanted marriages. The last chapter or two leads toward a possible violent confrontation between the various families. The result is a piece of humorous, romantic, fiction that was more satisfying than this reader was expecting as he moved through the story. I give the book 4-½ stars.
______________
This review is based on a free electronic copy provided by the publisher for the purpose of creating this review. The opinions expressed are mine alone.

Posted by Pastor Floyd at 4:45 PM No comments: