The Family Bible Devotional - A Review 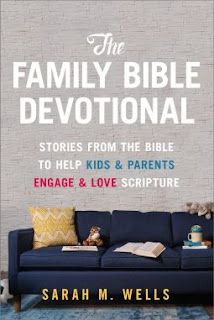 The subtitle describes this book well:”Stories from the Bible to help Kids and parents engage & love scripture”. What the author has done is to compile a set of 50+ devotionals for parents to share with their children.

After briefly giving some brief suggestions on using the material found in the book, each of the 52 devotions follows a similar pattern:

Though my kids are long gone from home, this year’s collection of studies is among the best I have seen for use in family worship. It would make a great gift for a church to make to families with middle school or junior high school students. With a bit of work and patience, it might even be used with a younger family. Though not designed for a church setting, it might also be used as the basis for the weekly study with a small youth group.
____________
This review is based on a free electronic copy provided by the publisher for the purpose of creating this review. The opinions expressed are mine alone.

Posted by Pastor Floyd at 3:39 PM No comments:

A Chronological Tour Through the Bible - A Review

A Chronological Tour
Through the Bible 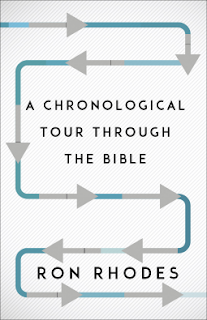 
Mr. Rhodes has provided a 365-day devotional taking the reader through the entire Bible in chronological order. Readings are approximately of the same length (there are exceptions – some shorter some longer). The author makes no statement about whose chronology he has chosen to follow; but, rather, makes the following general statement, “My personal view is that so much study has been done on all this through the years that it’s now possible to put together a chronology with a strong confidence that we are ‘in the ballpark.’”

A typical entry will give a feel for each entry: 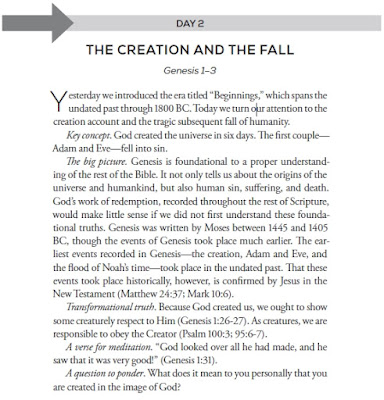 The entries are divided into five sections:

Though the entries do answer the questions, they are brief. Having a decent one volume commentary at hand while reading each selection might help might fill in gaps created by the brief entries.

Having traveled through the Scriptures chronologically, the book ends with a very quick synopsis of each book of the Bible in canonical order.

The book should have a place on the bookshelf of any believer trying to find a fresh way to read through the Bible. Changing the order of the reading (which is not considered to be inerrant) may open up new insights to the meaning and purpose of the scriptures. This text would also have a place on the reading shelf of the Bible student – whether in college or seminary – seeking to understand the whole of God’s word.
______________
This review is based on a free electronic copy provided by the publisher for the purpose of creating this review. The opinions are mine alone.

Posted by Pastor Floyd at 1:09 AM No comments: 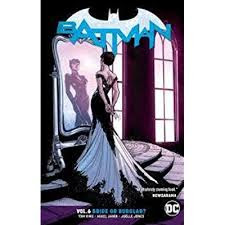 
A collection of Batman stories focusing on different villains and cohorts. We get a glimpse of a young man with delusion being a master criminal, a picture of Batman and Wonder Woman falling in love while fighting a never-ending hoard of evil, Poison Ivy trying to control a broken world through love, and a continued look at the romance between Batman and Sabrina (nee Catwoman).

For this reader who grew up during the Silver age of Batman, the stories are a bit hard to follow, but not completely off the wall either. I enjoy the modern, almost 3D, artwork coming from the current class of artists.

Though the 2018 Batman may seem a bit darker than I remember from the late 50’s through the early 70’s, in some ways he better represents a truly broken character with real problems and hurts. We baby boomers need to learn to appreciate the new image of Batman, not as a super superhero, but as an ordinary man with super skills.
______________
This review is based on a free electronic copy provided by the publisher for the purpose of creating this review. The opinions are mine alone.

Posted by Pastor Floyd at 4:12 PM No comments:

Murder at the Flamingo - A Review

Murder at the Flamingo 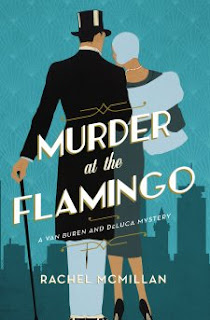 A cozy mystery, an historic romance, a literary novel. Murder at the Flamingo is all three. Though no specific date is given, the setting is the late 30’s in historic Boston, MA. The roaring 20’s are past and WW II has not yet started – perhaps a tiny blip on some prognosticator's radar.

Both Reggie Van Buren and Hamish “Cicero” DeLuca had left home and arrive in Boston to be mentored by Luca Valari as he opens the newest dance hall in the city of Boston. He too is running from a past that he wants others to forget and to never discover.

The first half of the book is mostly focused on developing the characters and setting that will define the second half of the book. The reader will have reader will have gotten through more than half the book before finding Mary Finn, the cigarette girl, dead at the bottom of the basement stairs. From their Reggie and Hamish will take it upon themselves to put together the puzzle pieces together, much like classic murder mysteries that Reggie so enjoyed in the cinema of the day. Hamish would find similar encouragement in his favorite book, Hugo’s The Hunchback of Norte Dame.

At times the book was a slow read – especially in the first half as characters and settings are being developed. But the conclusion comes to a relatively satisfying conclusion, except for the uncertain relationship between the friendship and romance that Hamish and Reggie are developing. One might hope that McMillan might be persuaded to write a second or third novel based around the new company these two have developed as a result of their work together in discovering those involved in the murder of Mary Finn.

Sadly, for this reader, the role of faith coming from this book Christian Publisher Thomas Nelson is not to be seen other than in the historic views of and from the Old North Church of Paul Revere’s fame. On the other hand, the discussion questions included as an appendix will help the believer in examining his or her faith using the key story points of the book.

The book is recommended as a great cozy mystery, historic romance, or literary novel – not for inclusion in a church library.

_____________
This review is based on a free electronic copy provided by the publisher for the purpose of creating this review.  The opinions expressed are mine alone.

Posted by Pastor Floyd at 6:42 PM No comments:

Less Than Perfect - A Review 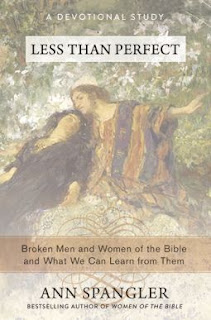 Ann Spangler has written a series of 30 devotions looking at some of the broken people who are featured in the pages of Scripture. Though the stories are not fiction, the author has used some of the techniques used by the story-teller to bring the stories to life. The primary audience for these stories are for the adults trying to understand their own brokenness.

Each entry begins with a single verse of Scripture helping the reader understand that the individual is important to God’s story as revealed in Scripture. Then comes the story – not as found in Scripture, but as it might be told sitting around a fire at night with the family retelling the events that had defined their family for generation. Embellished, yes, but close enough to reality that the truth and lessons are not lost on those listening to the stories. Then comes a bit of historical background including references to the underlying scriptures – whether a single reference or a group of references which help the reader discover the story. Each entry ends with a set of questions to allow the reader to dig deeper into the stories application to life.

The stories are well written and held this readers attention. About 90% of the chosen stories come from the Old Testament (my only major concern with the book; thus, a 4-star review). The book could easily belong next to the bed for devotions or on the home coffee table as a conversation starter. Pastors may find it to be a starting point for creating a series of sermons.

______________
This review is based on a free electronic copy provided by the publisher for the purpose of creating this review.  The opinions expressed are mine alone.


Posted by Pastor Floyd at 5:39 PM No comments:

Senior Moments With The Bible - A Review

Senior Moments With The Bible 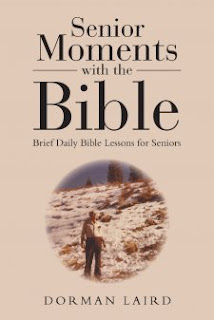 
A year-long devotional book written for a senior audience. Each month focuses on one or two themes. For example, January has the following daily readings:

January 1 Living One Day at a Time
January 2 The Habit of Trusting God
January 3 The Biblical Path to Happiness
January 4 Establish High Priorities
January 5 The Importance of One Person
January 6 To God Every Person Has Value
January 7 God Hears Our Prayers
January 8 Seeking to Do God’s Will
January 9 Praying in the Name of Jesus
January 10 Living by Faith
January 11 Live for Today
January 12 Created Again in Christ
January 13 Keep on Doing Good
January 14 Good Works Glorify God
January 15 The Little Person in the Eye of God
January 16 The Beatitudes: God’s Value System
January 17 The Beatitudes: God Comforts
January 18 The Beatitudes: Blessed are the Meek
January 19 The Salt of the Earth
January 20 Singing the Lord’s Song
January 21 Following the Shepherd
January 22 Being Light in a Dark World
January 23 Loving Others
January 24 Keeping Our Eyes on Christ
January 25 Trusting in God for Guidance
January 26 Sing a New Song unto the Lord
January 27 Worship the Lord Today
January 28 Consider the Lilies
January 29 Faith Abides
January 30 Hope Abides
January 31 Love is Forever

Each entry consists of a brief quote from the scriptures and a paragraph or two of devotional thoughts.

Though the book is titled “Senior Moments”, I see nothing in the devotions themselves that make them particularly designed for seniors. Re-titling the book “Feminine Moments” could just as easily make the book a welcome addition to a woman’s busy schedule. Titles could re-aim the book toward a masculine audience, or a college student. Having said that, there is nothing in the book that would suggest that it would not be appreciated by seniors or other adults in our churches.
______________
This review is based on a free electronic copy provided by the publisher for the purpose of creating this review. The opinions expressed are mine alone.


Posted by Pastor Floyd at 3:33 PM No comments: