Soul’s Gate was the worst book that I ended up enjoying.  Though I knew the author’s history of writing stories that depended on a certain amount of fantasy to convey his message, I found it difficult for the first half of the book to distinguish between reality and fantasy.  It left me concerned about the foundational belief system of the author.


As I continued to read, I became increasingly aware that the book was an allegory with the same connection to reality as John Bunyan’s Pilgrim’s Progress.  Once that distinction was made, the book began to teach me about my faith.  I suspect if I had made this observation earlier, the book might have been even more insightful.  Thus, the reader of the book must approach it as allegory, not as a snapshot of reality.

Having crossed that bridge, I enjoyed the book and recommend it with caution.  Throughout the course of the text the reader is introduced to the darker side of life as they view a spiritual war from the inside looking out.  Using teleportation and the ability to move into another person’s soul, the team of characters (called The Warriors Riding) force each other to examine their own faiths and learn to depend on God to get them through the most difficult situations.  And in doing so, the author teaches spiritual lessons that go beyone the fantasy world he has created.
_____________

This review is based on a free electronic copy provided by the publisher for the purpose of creating this review.  The opinions expressed are mine alone.

Posted by Pastor Floyd at 10:42 PM No comments:

Free Books For Your Kindle

A number of free Christian books for the Kindle or Kindle App are available today.  Some of these will only be available today - others for longer periods of time.  Enjoy:

Dallas Willard's "Renovation of the Heart" (http://amzn.to/SK208Z) from NavPress.  Renovation of the Heart explains the common misunderstandings about human nature and the discipleship process by outlining the general pattern of personal spiritual transformation––not as a formula, but as a systematic process.

This bestseller by Dallas Willard explains that as intentional apprentices of Jesus, we are to move deeper into a relationship with God while becoming more like Jesus. In his unique, winning way, Dallas Willard will guide you in discovering your true identity while exploring spiritual growth in a new way.

John Pollock's "The Apostle: A Life of Paul" (http://amzn.to/QTNZ7b) from David C. Cook.  Master storyteller John Pollock makes Paul and his amazing story freshly alive, so that you can know the greatest apostle much as Luke and Timothy did as they traveled with him. As you turn the pages, you'll sense Paul's motives, his aims and priorities; what mattered to him; and what he was willing to die for.

The following books are fictional works  - they are not as exciting to me, but will be satisfying to some:

"Secrets" is the first book in the Michelli Family Series by Kristen Heitzmann. (http://amzn.to/QTP0ft)   Published by Bethany House Publishers, Lance Michelli is on a quest to discover the secrets his grandmother cannot tell. What happened all those years ago, and what is it she so desperately needs him to find? The old villa in Sonoma holds the answers, but it is now owned by a young woman who neither knows nor cares about his mission. But Rese Barret is a force to contend with, and her own impending storm could sweep him up as their sparring creates a fierce and uncomfortable attraction.

Lisa Wingate's "Talk of the Town" is also from Bethany House Publishers.  (http://amzn.to/RxfJVS) A charming tale of small-town Texas with a twist of romance as the producer of a reality show attempts to keep secrets from the locals.

Finally, a favorite title from well-known author Janette Oke.  "When the Heart Calls", again from Bethany House Publishers, is available here:  http://amzn.to/MHy4we.   Nothing in her cultured East Coast upbringing prepared Elizabeth for a teaching position on the Canadian frontier. Yet, despite the constant hardships, she loves the children in her care. Determined to do the best job she can and fighting to survive the harsh land, Elizabeth is surprised to find her heart softening towards a certain member of the Royal Canadian Mounted Police. Book 1 of the bestselling Canadian West series.


One more free Christian fiction book for your Kindle or Kindle app is available this afternoon.  By a weill-known author, Angela Hunt's "Roanoke" is published by Tyndale House:  http://amzn.to/RxkJd7.  In 1587, a fleet of English ships set sail for the Virginia colony. During a storm, one ship became separated from the others and was never seen again. The settlers on board were presumed lost at sea, but there is both historical and legendary evidence that the colonists actually founded the Roanoke colony.

Veteran novelist Hunt ("Theyn Chronicles") reimagines this slice of Colonial history through the eyes of Jocelyn White, a newlywed reluctant to leave her home in England for the wild shores of the New World. White's journey is fraught with danger, but her dependence on God and God's providence carry her safely through. Hunt's engaging historical romance will appeal to fans of B.J. Hoff and Patricia Hickman.

Posted by Pastor Floyd at 4:34 PM No comments: 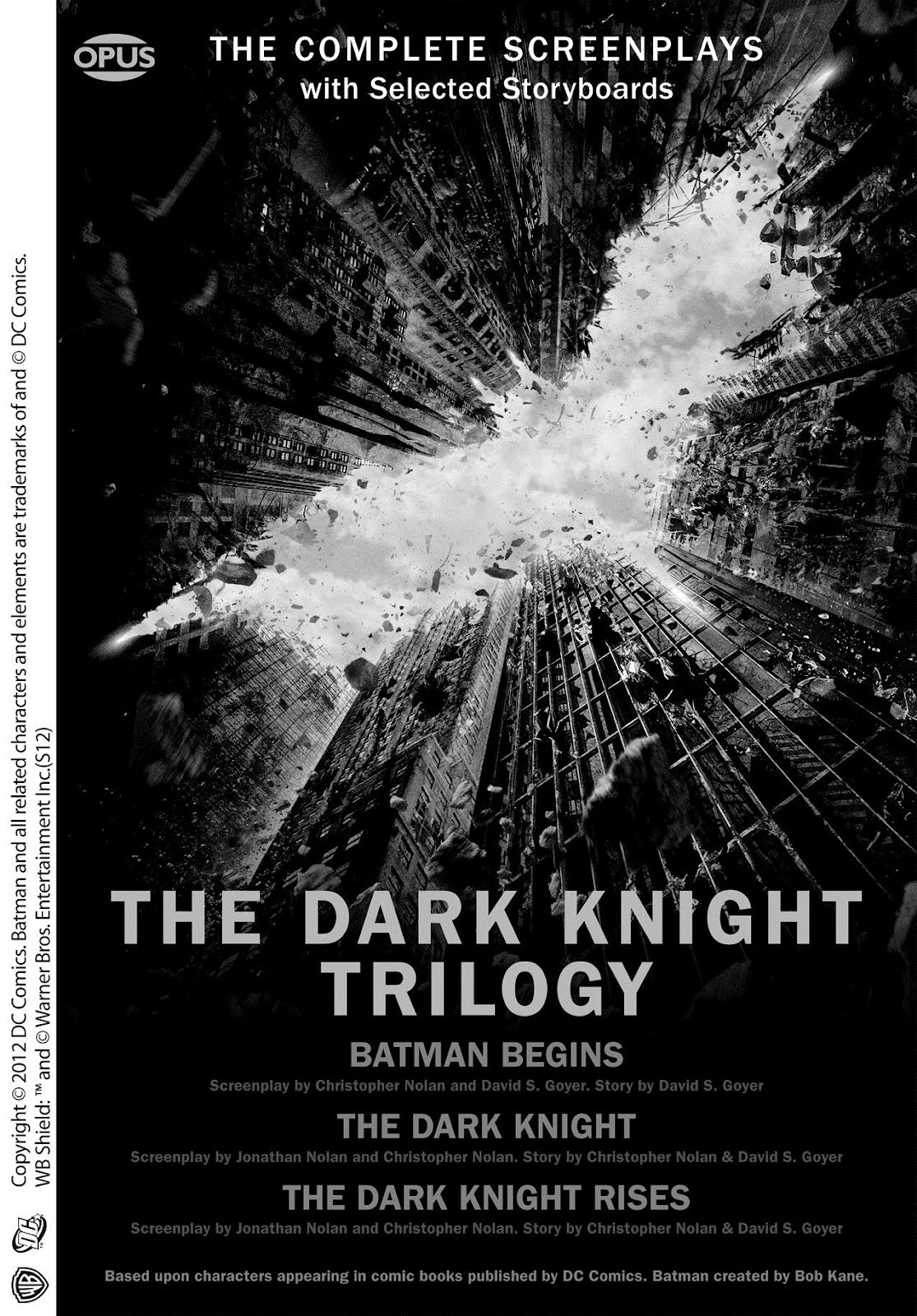 It has been an exciting 24 hours as I had the opportunity to explore the screenplays for the three Dark Knight films based on the comic book character, Batman.

The screenplays read like a novel - they are easy to follow, fun to digest, and present (re-present?) a story that captivated me when I first watched the movies in 2005, 2008, and 2012.  I should note that the Kindle presentation did not come across as a script - though when read as a PDF, using Adobe Digital Editions, it becomes obvious that the book is a script.  Though I only received my copy of the book yesterday, I could not stop reading till I got to the end.

But it was not the screenplays alone that made the book an interesting read.  Along with the screenplays are an extended interview with the story’s authors (Christopher Nolan, Jonathan Nolan, and David S. Goyer) and the co-producer of the films (Jordan Goldberg).  Understanding the emotions, the motivation, and ideals that formed these movies added a bit of life to them, that I had not seen before.

The other extras, added to the book, were the three storyboards (one per movie) added to the end of each script.  A snippet of the action (drawn much like a comic book presentation) added new life to the script.  One felt as if they were being drawn into the process of creating each film - if only for a moment.

The scripts, the interview, and the storyboards, make for a valuable book - a book that is as exciting to read as the movies were to watch.
______________
This review is based on a free electronic copy provided by the publisher for the purpose of creating this review.  The opinions expressed are mine alone.


Posted by Pastor Floyd at 2:20 PM No comments:

I have three Free Christian books available this evening:

NavPress (the Navigators) has made available "Speak Up with Confidence: A Step-by-Step Guide for Speakers and Leaders".  Carol Kent has been around for a number of years and is well known as a capable writer.  This book is available for your Kindle, Nook, or via CBD's proprietary reader apps.


Abingdon Press has made "Shrouded in Silence" by Robert Wise available for the Nook and for CBD's proprietary reader apps.  Robert Wise also has been around for awhile and is known for his thrillers and mysteries - this book falls into this genre.


David C. Cook has another book available, "Dreaming of More for the Next Generation: Lifetime Faith Ignited by Family Ministry" by Michelle Anthony.  I know nothing of this author, but Sandra worked for a day care center operated by the the publisher during our first three or four years of marriage.  They do know their stuff and I would trust their editors to choose good material.

Posted by Pastor Floyd at 9:49 PM No comments:

The Choice - A Review 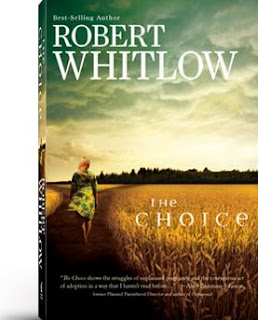 Over the last four years, Robert Whitlow has become one of my favorite authors.  I look forward to each new title that he brings out.  The Choice did not disappoint.  Sandy Lincoln is starting her senior year of high school and she is pregnant.  The year is 1974, abortion had become legal, the ultrasound was still being developed and tested, schools isolated pregnant teens, and parents sent their daughters to aunts so the family name could be protected.  Sandy had the same choices available today:


The year is 2008.  Sandy had been teaching in the same high school she attended 30 years earlier and now Maria Alverez ,another student is pregnant.  The choices are the same, but the school officials, and the families are different.  And when the lawyers get involved, life gets difficult for all involved.

Robert Whitlow’s book does a good job of melding the problems of the past with the problems of the present.  Indeed, as usual, he interweaves the Grace of God into the lives of people from across the United States, in unexpected and, yet, pleasant ways.  God is indeed good.
______________
This review is based on a free electronic copy provided by the publisher for the purpose of creating this review.  The opinions expressed are mine alone.

Posted by Pastor Floyd at 7:14 PM No comments: