A Secret To Die For - A Review

A Secret To Die For 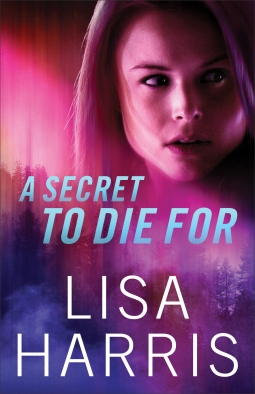 Lisa Harris is one of my go to authors. She has written another attention holding title for the suspense audience.

Psychologist Grace Callahan’s home was being broken into. She managed to escape after getting shot at a couple of times. She got off easy. Later that morning she would find that one of her counseling clients had been murdered the previous evening. And that was just the start of the week’s excitement.

Terrorist were determined to take down the electrical grid across the US - much as had occurred in the Northeastern United States in 2003, except then it was a software glitch, not terrorist. Grace’s client had been hired to find and patch holes in the software controlling the grid - except those who hired him were the terrorists and they were trying to prevent the utility infrastructure from installing a patch that would prevent their taking down the utilities. And would do just that in a matter of hours.

Detective Nathaniel (Nate) Quinn had drawn the (un)lucky straw to follow the death of Steven Shaw, Grace Callahan’s client. Nate had two strikes against him. First, it was his first day on the job after a three month break after his previous team and partner had been killed in an explosion related to a previous case. He was left with a case of PTSD that was not yet completely addressed. The second strike was that he had gone to college with Grace Callahan - she had married his best friend. That marriage had broken up shortly after their daughter had died from Leukemia. Now, neither Nate nor Grace were sure they were ready for a serious relationship - especially in the midst of a crisis that might effect the entire country.

The plot is well developed and believable - involving multiple policing agencies. kidnappings, automobile accidents, murders, and robberies, leaving a trail of breadcrumbs that the detective and his colleagues would need to follow in order to protect their key witness and their country.

The story is told well - with a single exception. The climax is weak. This reader felt as if the solution to the story popped out of nowhere. It came not of result of good police work, but because of the totally disconnected piece of evidence was dropped into the detective’s lap.

Despite the small disappointment, the book was a heart stopper. It allows the reader to examine the impact loss of various kinds can have on people. It also delves into the significant role faith can have on individuals as the deal with that loss. Lee Harris has done a great job of examining those questions as Nate and Grace reflect on the various losses that have been a part of their individual lives.

Fans of Lee Harris’ work, of Christian suspense, and of techno-thrillers will find the reading rewarding.
______________
This review is based on a free electronic copy provided by the publisher for the purpose of creating this review. The opinions are mine alone. 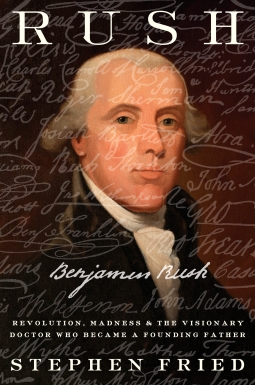 I am not a history fan, but an earlier published review drew me to this book and I asked to review it for myself. I am glad that I asked and that my request was granted.

Dr. Benjamin Rush was the only medical school trained physician to sign the Declaration of Independence. He was not among the top tier of the founding fathers - but he did much to support and encourage the Washingtons, the Franklins, the Adams, and the others that led the new United States of America during its formative years. For many he was their doctor, for most he was their confident and friend.

Rush follows the life of Benjamin Rush, MD, from his birth in rural Pennsylvania in 1745 to his death in Philadelphia in 1813. He was educated and opinionated. He was a frequent writer - both of published works and many (still) unpublished pieces that have assisted historians to understand the years preceding and following the revolutionary war. Fried has done a superb job of drawing the reader into Rush’s life - as he looks at his family, colleagues, and work. The book concludes with an examination of the influence Rush had on fields as diverse as politics, education, medicine (particularly mental health), and literature. This includes a brief reference to the creation of the Rush University Medical Center in Chicago named after Dr. Benjamin Rush.

Reading much like a well-written novel, anyone with an interest in early American History, Medicine. Religion (Rush might be thought of as an original Evangelical), Education, and politics, will find this book to be a delight. Even though it is longer than most books I review (I even took a few days break to read a more typical book to change my pace), it was well worth my time. It is well documented (the last 1/5th of the book consists of notes and references) and might drive some readers to dive further into the history and impact of this man who touched so many of the founding father’s lives in the late 18th and early 19th century.
______________
This review is based on a free electronic copy provided by the publisher for the purpose of creating this review. The opinions are mine alone.


Posted by Pastor Floyd at 3:42 PM No comments:

The Purpose of Christmas - A Review

The Purpose of Christmas 
Howard Books presents a new edition of a short, 4 chapter, book originally written in 2008 by Rick Warren, founding pastor of the world-famous Saddleback Church in Irvine, CA. The author is best known for the classic The Purpose Driven Life. I suppose this reviewer should be open and honest by saying he has never read that classic or any other book by Rick Warren until the publisher dropped the current book in his mailbox for review.

I suspect that the author does not mean to say these are the only three purposes for Christmas, but they are three purposes for Christmas. Along with an introductory chapter, the author makes each purpose into a chapter. The chapters are then subdivided into shorter sub-points focusing on these three purposes. I felt like I was reading the transcript of a 20-year-old sermon series – with the thesis statements and their sub-points being clearly stated in the text and its subdivisions.The book is readable and not hobbled by sermonese. What is missing are solid references for much of the material – scripture references are well-documented, but other content is not. This makes it hard to distinguish between opinion and fact.

I appreciated the suggested “Birthday Party for Jesus” found at the end of the book – appropriate for families, adult, youth or children’s groups. The idea is presented early in the book, but the details are laid out in the final pages of the volume.

The book may make a great gift for the church to give to its members as a pre-Advent gift. It might also find a home in the church library for families to borrow for the Christmas season.
______________
This review is based on a free copy provided by the publisher for the purpose of creating this review. The opinions expressed are mine alone.

Posted by Pastor Floyd at 4:52 PM No comments:

Murder With All The Trimmings - A Review


Murder With All The Trimmings 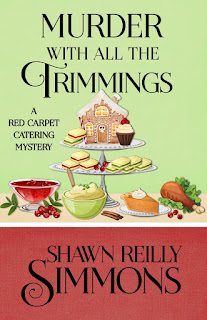 Shawn Reilly Simmons has created another great cozy mystery for Henery Press and their readers. Penelope Sutherland and her Red Carpet Caterers has been asked to provide catering services for the major Christmas extravaganza being held at a classically old theater in the heart of New York City. But the day after Thanksgiving, as she and her team begin to plan and set up for the weeks-long event, the first murder occurs.

Penelope’s boyfriend and the NYC Police Detective investigating the case tell her to “keep out of it.” But, like any good protagonist in a cozy mystery, Penelope cannot keep out of it. And because of that, the reader keeps turning the pages of a well-written story.

To be honest, there was one point about 1/3 of the way through the book that became so slow, this reader almost put the book down. He is glad that he did not. The reader who likes to travel – whether visiting New York City, the larger State of New York, the US Pacific Northwest, or the US Southwest – is encouraged to keep a map handy.

Looking for a good read for those few slow days following Thanksgiving or to tide you over until the most hectic time of Christmas Eve and the remainder of the holidays, Murder With All The Trimmings might just put you into survival mode.
______________
This review is based on a free electronic copy provided by the publisher for the purpose of creating this review. The opinions expressed are mine alone.


Posted by Pastor Floyd at 4:32 PM No comments: 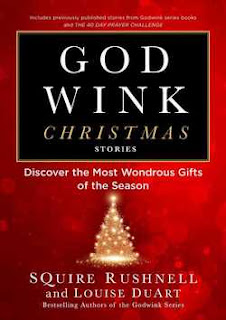 Devotions based on true-life stories – it was a new concept to me, but husband and wife Bushnell and Duart carry it off well. Each entry consists of three parts:

The 30 parables serve to remind the reader that God can work in remarkable ways in a world full of broken people. Whether the brokenness is the result of loss, consequences, illness, etc., God can be ready to meet those needs in unexpected ways, if we will let Him.

The book will serve as a great gift (or stocking stuffer) for a couple, a young family, or a senior citizen. It could easily serve as an early Christmas gift for the members of a small group. Be sure to grab an extra copy for yourself as well. It would be worth 30 days of devotions.
______________
This review is based on a free copy provided by the publisher for the purpose of creating this review.  The opinions expressed are mine alone.

Posted by Pastor Floyd at 4:12 PM No comments:

Lesson Plan for Murder - A Review 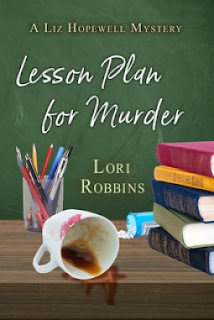 Marcia Deaver is dead on the floor of her classroom at Valerian Hills High School. Nobody liked her - and most of them were glad to see her go and could have committed the crime. Elizabeth Hopewell was the unlucky colleague to find her body. It was her scream that bought the rest of the faculty, staff, and police.

Liz is as concerned as clearing her name as she is in finding the culprit. At that same time she seemed intent on destroying her marriage. The spends a great deal of time following Liz as she follows clues and develops a crush on one of the detectives working the case.

The author has presented a solid mystery. It comes across as a bit darker than the normal cozy mystery - as we begin to wonder about the state of the protagonist's marriage. But all ends well, the guilty party (all of them) is found and the marriage survives.

This reader found the book just a bit boring - taking a little over a week to read.
______________
This review is based on a free electronic copy provided by the publisher for the purpose of creating this review. The opinions are mine alone.
Posted by Pastor Floyd at 11:20 PM No comments: