The Phantom of OZ - A Review

The Phantom of OZ 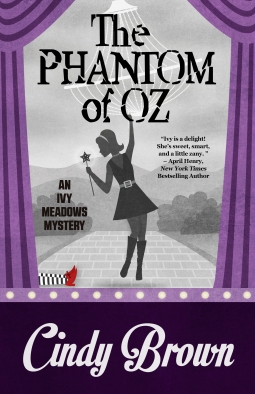 A mixture of humor, history, psychology, and self-reflection, Phantom of OZ is a murder mystery with a heaping dose of self-help on the side.

As I read the first chapter, I was a bit skeptical - a seance does not sound like an interesting topic to read for this reader. But the seance was quickly dropped and moved on to the disappearance of the best friend of Ivy Meadows, the primary antagonist. A friendly ghost does make an appearance - but she is more like Casper than Morley.

I enjoyed the way the author wove the theater into the story - though it was more figuratively than literal. Chapter titles are drawn from Gaston Leroux’s The Phantom of the Opera. The story centers on the cast members performing a remake of The Wizard of OZ set in outer space. Many of the expected characters are there, though they are somewhat creepier - and at least one of them is a murderer. And then there is the kidnapping. Ivy Meadows and her new friends are willing to put their own lives on the line to solve the puzzle and save the life of Candace Moon.

In the midst of all this, the author weaves a secondary story focusing on the issues of body image, anorexia nervosa, and bulimia. The story explores the roots of these diseases and approaches needed for their care. At the same time, the author recognizes that solutions are not easy and not always certain. These themes are addressed simply but clearly, helping those not familiar with the underlying issues to better understand the lives of those struggling with their self-image and their dietary decisions.

The Phantom of OZ is a fun read and a good contribution to the Ivy Meadows series coming from the author. For the reader looking for some lighter reading providing some insight to some darker issues, Phantom might be a good choice for a weekends reading.
_____________


This review is based on a free electronic copy provided by the publisher for the purpose of creating this review. The opinions are mine alone.
Posted by Pastor Floyd at 5:19 PM 1 comment:

The Cat in the Box - A Review

The Cat in the Box 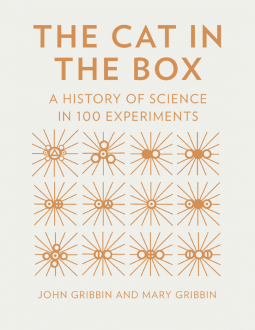 by
John Gribbin and Mary Gribbin


Originally published in the UK in 2016, The Cat in the Box has now made its way to the USA with a 2017 publication date. The book is a fun history of science, focused, not on the people of science or the discoveries, but on how the scientific method and the experiments that used this method moved the various disciplines forward.


The author begins by giving a simple definition of the scientific method:


… science is nothing without experiments. As the Nobel Prize-winning physicist Richard Feynman said, “In general, we look for a new law by the following process: First we guess it; then we compute the consequences of the guess to see
what would be implied if this law that we guessed is right; then we compare the result of the computation to nature, with experiment or experience [observation of the world], compare it directly with observation, to see if it works. If it disagrees with experiment, it is wrong. In that simple statement is the key to science. It does not make any difference how beautiful your guess is, it does not make any difference how smart you are, who made the guess, or what his name is—if it disagrees with experiment, it is wrong .” [Richard Feynman, The Key to Science, Lecture at Cornell University, 1964 (www.youtube.com/watch?v=b240PGCMwV0)]

Those words—if it disagrees with experiment, it is wrong—provide the simplest summary of what science is all about.


Beginning with that definition, we begin to look at the various ways the physical and biological sciences have used the scientific method to reach the current state of knowledge.


The first experiment discussed is from the 3rd century BCE with Archimedes discovery that equal volumes displace equal volumes of water. Tradition tells us he made the initial hypothesis by watching the water displaced as he sat into his own bath - followed by experiments that proved the hypothesis correct.


The most recent rendition of the book includes a 101st experiment, carried out in 2015 and published in 2016, establishing the gravitational waves spreading out through the universe.


Between those two events, we meet a variety of men and women who made significant contributions to science through their experiments. The author also does a careful job of showing how on scientist discovery provided the foundations for the next generation’s hypotheses. Included are many references to the original publication sources where the experiments are described. Though the 101 experiments are presented in chronological order, in-text notes point to earlier and later work that connect to the current story. As the author concludes,


This astonishing experimental result [the proof of gravitational waves] was the culmination of more than two thousand years of experimental science. And it all began with another kind of wave—ripples in the bathtub of a Greek philosopher called Archimedes.


The book, though not based on mathematics, is written for a high school graduate or college student. The text is not hard reading - experiments are well explained. The book would have a place in a lower division general science course or an upper division or graduate level history of science course. Though not every experiment could be safely duplicated in the context of a college semester, many of them could be chosen for demonstration or as student projects (perhaps with some simple modification).
______________
This review is based on a free electronic copy provided by the publisher for the purpose of creating this review. The opinions are mine alone.

Posted by Pastor Floyd at 5:09 PM No comments: 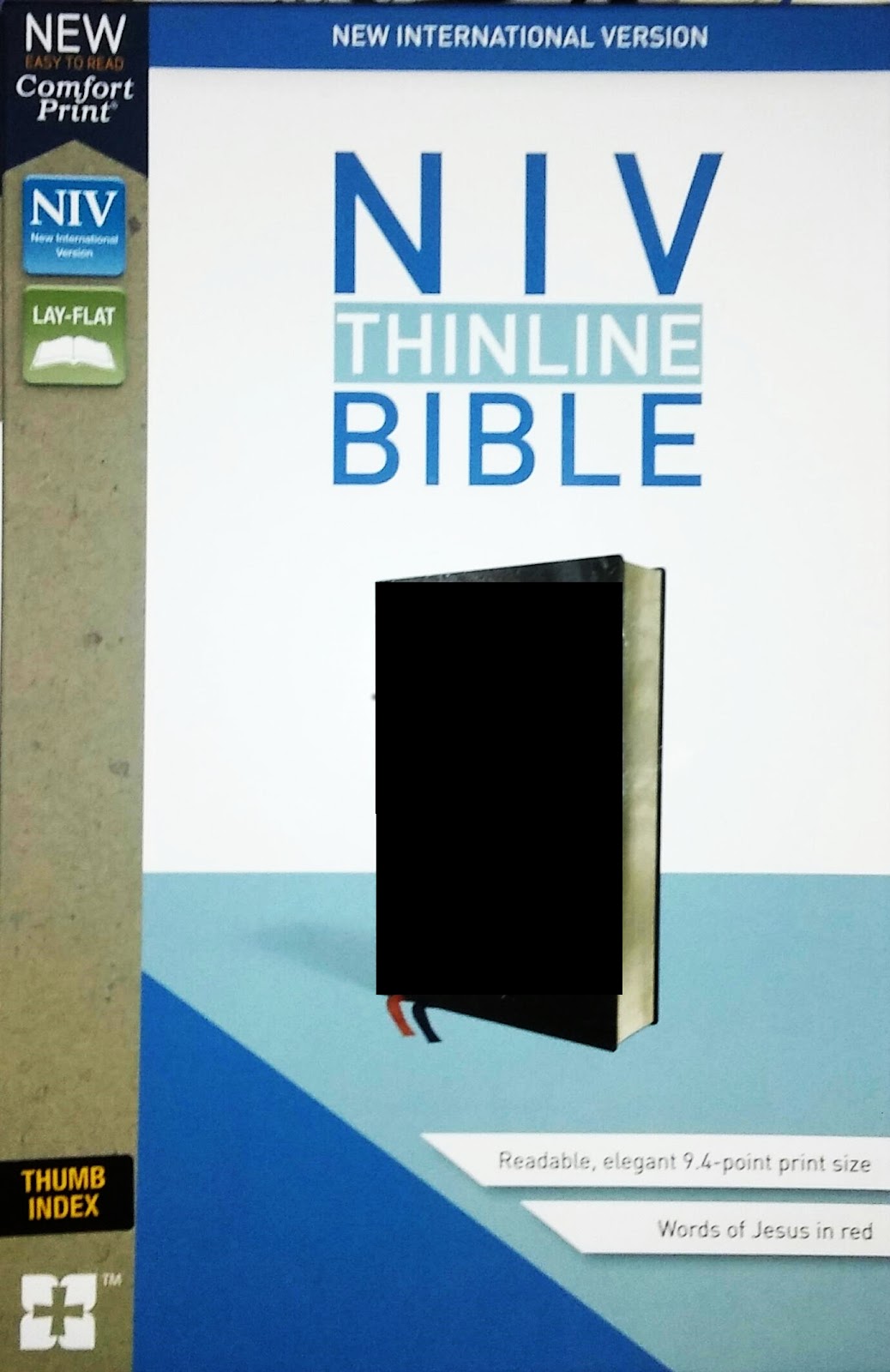 
NIV Thinline Bible is a nice personal Bible. It uses a new font developed for Zondervan that makes the text easy to read and understand. The words of Jesus are in red. Translation notes are included, but no other footnotes. The Bible books are thumb indexed in groups of three or four per section. Missing are the maps which are included in most modern Bibles.


The Bible is comfortable to hold in your hand and opens flat when laid on a table.  The Bible would make a good reading Bible. On a well-lit stage, given the 9.4 point font,  this Bible could easily serve well in the pulpit.
______________
This review is based on a free copy provided by the publisher for the purpose of creating this review. The opinions are mine alone.

Posted by Pastor Floyd at 2:26 AM No comments: 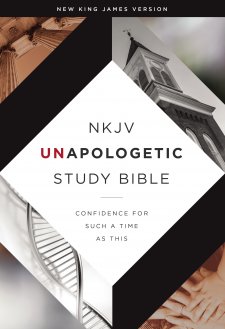 
This Bible is non-apologetic in its approach to issues facing the 21st century Christian.  The content is based on eight general topics using four approaches: 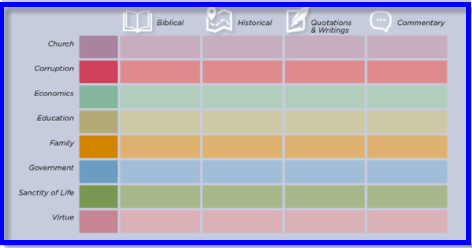 
Colors and icons are used to distinguish the various notes. Indexes at the rear of the Bible provide access to the various entries at a deeper level by providing access to the notes in both a canonical order and for use as a topical study.  Interestingly, unlike most Study Bibles, this edition does not include any colorful maps - yet given the ease at which these are found in other sources, they are hardly missed. Though the translator notes are included, other cross-references are also missing. Similarly, other than the topical helps included throughout the book, no individual textual notes are to be found.
Bible book introductions are included for each book as well as to how the book might fit into the chart given above.


The primary purpose of this Bible edition is not Bible Study per se, but in providing access to a variety of tools to assist the reader in completing topical studies on (as mention in my first sentence above) issues facing the 21st-century Believer. This Bible does have a strong focus on Biblical application, though that is not its stated purpose. The missing component of this study are pointers to additional resources which might assist the reader in doing further research, beyond that included in this text. It also should be noted that no bibliography is provided. A scholar would have no problem with this obvious omission; the lay reader would be helped by having guidelines of where to go for more information.


I will be keeping this Bible on my shelf, though I am not sure how often it will be consulted.
______________
This review is based on a free copy provided by the publisher for the purpose of creating this review. The opinions are mine alone.


Posted by Pastor Floyd at 5:28 PM No comments:

Need To Know - A Review 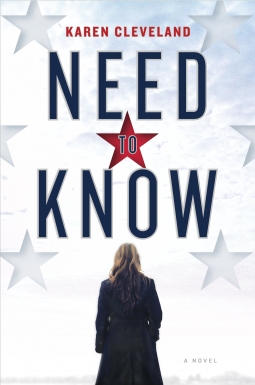 
A great plot has to also be told by a great writer. I think the writing of the book distracts from the plot’s telling. I found too much repetition, too many simple sentences, and too little character development. I expect that there may be a second outing from this author in which I hope she addresses some of these flaws.


As others have said, it very well could make a better movie than book. In the meantime, perhaps the reader willing to experiment with the work of a new author will be sufficiently drawn into the story to find it of interest and be able to hold their interest - I was some of the time, but just not enough of the time.
______________
This review is based on a free electronic copy provided by the publisher for the purpose of creating this review. The opinions are mine alone.

Posted by Pastor Floyd at 12:36 AM No comments: