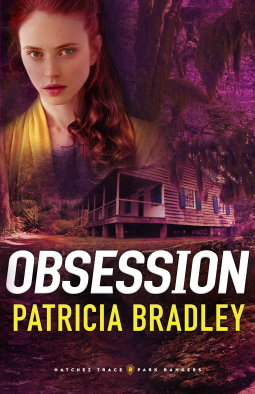 Though its roots go back ten years, the story opens with Emma returning to the Mount Locus visitor center late one night to retrieve a file she needed to complete a report. There she discovers intruders that begin taking pot shots at her. She calls 911, who sends Sam Ryker to check out the scene.

The plot traces the discovery of who and why was involved in taking those shots and discovering the history of Emma’s brother. In the course of the book, the author explores the cost of keeping guilt and shame hidden and of not offering forgiveness for wrongs done in the distant past.

Though this writer is not familiar with the area, the description makes it a part of a bucket list to visit for both its scenery and its history. The book is intense and involved as it explores the region and the backgrounds of the story’s characters. I give the book 5-stars.
______________
This review is based on a free electronic copy provided by the publisher for the purpose of creating this review. The opinions are mine alone.

Posted by Pastor Floyd at 8:23 PM No comments:

Strength for the Challenge - A Review

Strength for the
Challenge 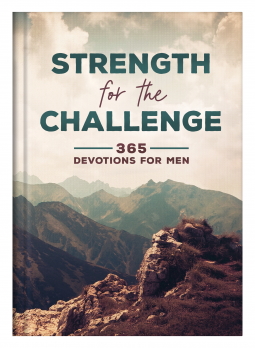 In this book Barbour Publishing has compiled 365 undated daily devotions for men.  The devotions are short (a single page each) but to the point. 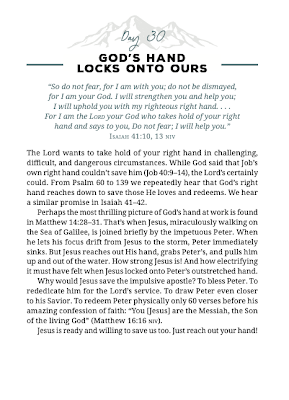 The devotionals are practical and to the point. I was pleased to see that the publisher also included a Scripture Index but was disappointed in that the index only covered the main scripture for each day, but ignored other references or examples included in the body of each day’s reading.
This book would make a great Birthday or Father’s Day gift. It would also serve as a great “I Love You” gift. Though designed as a men's devotional, it could easily serve as a gift for the all leaders of the church. I give the book 4-stars.
______________ This review is based on a free electronic copy provided by the publisher for the purpose of creating this review. The opinions are mine alone.

Posted by Pastor Floyd at 3:27 PM No comments: 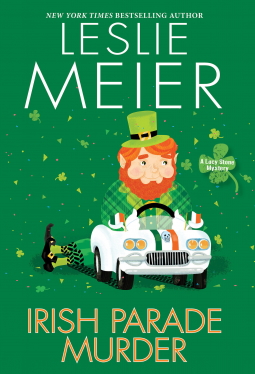 I grew up reading Agatha Christie and Sherlock Holmes mysteries - bur that is about as close I got to cozy mysteries until the early 1990s when I discovered the series of Lucy Stone mysteries written by Leslie Meier. I read as many Lucy Stone books as I could for the next seven or eight years; but, because life goes on, I moved to other authors and genres. However, over the past year I have again stumbled upon this imaginative and fun cozy mystery writer. It was eleven months ago I found myself reading British Murder, a compilation of two earlier Lucy Stone books. This past week I found myself reading the newest book in the series, Irish Parade Murder (2021) and I was not disappointed.

Lucy Stone, a reporter for the local small town weekly newspaper, finds herself uncovering the details of a murder for which her main, newly hired, competition at the paper is charged. In the process she finds that she will nearly become the killer’s next victim.

I was up late for two or three nights in a row, not being able to put the book down while my eyes wanted me to put my head down on the pillow. This is a cozy mystery lover’s cozy mystery. I easily give it five stars.
______________
This review is based on a free electronic copy provided by the publisher for the purpose of creating this review. The opinions are mine alone.

Posted by Pastor Floyd at 6:08 PM No comments:

Wonderful Names of Jesus - A Review 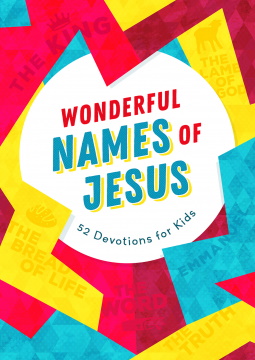 Marilee Parrish has prepared a wonderful collection of 52 devotionals focusing on the various names given to Jesus in Scripture. Though intended (as per the publisher) for children age 8 and above, this senior adult with a graduate school education found encouragement in the comments offered.

Each devotional begins with a decorative “title page” offering a quote where the name is used in Scripture. The devotionals are two pages in length - each ending with a brief 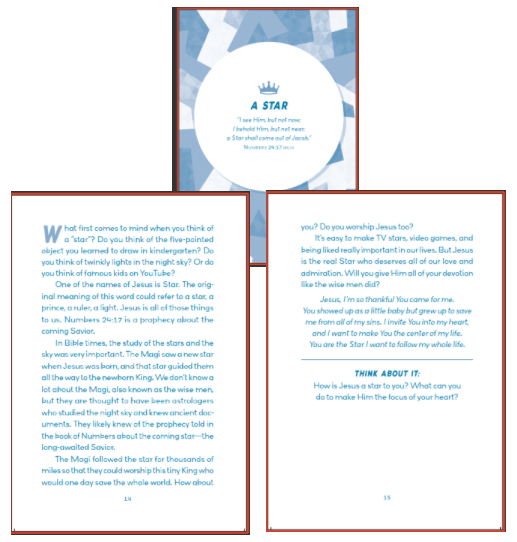 one or two-sentence prayer and a question that aims to help the reader apply that days reading. A “Table of Contents” will help the reader find readings on a specific topic. Given that each devotion quotes two, three, or more, Scriptures, I was disappointed in the lack of a more complete “Scripture Index” being included as an appendix. For this reason, I can only give this book four-stars.
______________
This review is based on a free electronic copy provided by the publisher for the purpose of creating this review. The opinions are mine alone.

Posted by Pastor Floyd at 2:54 PM No comments: 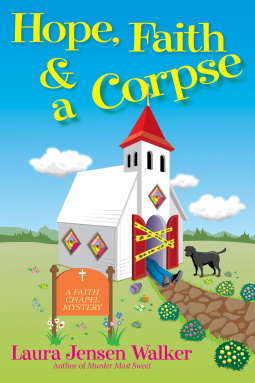 Rev. Hope Taylor had arrived for her first day at her new parish where she had been assigned as Pastor of Pastoral Care at Faith Chapel Episcopal Church. She learned two things that first day. First, she learned that it would be difficult as a woman to serve as a pastor at the small church located an hour east of Sacramento. Second, she would learn that there was a dead body in the small worship center located off the main sanctuary - a dead body that was not supposed to be there and who was still laying in his own blood.

I was surprised that a more liberal church would have the same kinds of problems with a female pastor as the conservative churches I am familiar with - people walking out when she started to preach, having doors closed in her face when visiting parishioners, or being accused of Stanley King’s murder by church members.

Nobody was terribly upset that Stan had died, he was not a likable man; but none of the many suspects would confess to his murder either.

Matters got worse when a skeleton was dug up by Bogie, Hope’s dog, in her backyard. Things were going from bad to worse for the new pastor.

The church had its normal mix of jealousies, secrets, and control issues. I felt at home. At the same time we get a glimpse of God’s grace at work as Hope and her new friends zone in on solving, not one, but two murders. With a combination of honesty, humor, and history, the author has crafted a delightful weekend’s reading. Music from the 60s and 70s and black and white movies added color to the book. I give the book five-stars.
______________
This review is based on a free electronic copy provided by the publisher for the purpose of creating this review. The opinions are mine alone.

Posted by Pastor Floyd at 7:27 PM No comments:

A Curious Incident - A Review 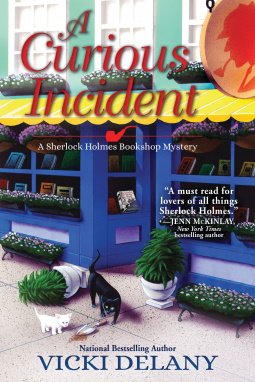 This is the second book I have read by this author - I have previously reviewed Read and Buried (written using the pseudonym Eva Gates). As before, I appreciated the book - the plot, characters, and setting all seem to go well together.

Gemma Doyle is the “part-owner, manager, and general dogsbody of the Sherlock Holmes Bookshop and Emporium” located in West London MA, along the shores of Cape Cod. And as she often proclaims, SHE IS NOT A CONSULTING DETECTIVE - now if she could only convince her friends of that fact.

Irene Talbot, an employee at the tea shop connected to the Gemma’s Emporium, had now convinced Lauren, a precocious eleven-year-old, that she could find her missing cat. After all she was an even “better than the police.” Even though Gemma refused, later that night she did find the cat. Things got tougher the next week. Lauren again showed up on her door step asking for Gemma to prove that her mother had not murdered a neighbor. Again Gemma refused, but she was curious and got herself involved. Too involved; she almost became a victim as well.

Gemma and her friends made a nice team of amateur detectives. I really thought Donald was a pain - he could do little right. Though not a typical pet mystery, even the dogs (Violet and Peony) and cats (Moriarty and Snowball) had a place in the story. Detective Louise Estrada was more of a nuisance than anything,

Once I started the book, I could not wait to finish it - it was a worthwhile wait. I will want to read more of Gemma Doyle and her gang.
______________
This review is based on a free electronic copy provided by the publisher for the purpose of creating this review. The opinions are mine alone. 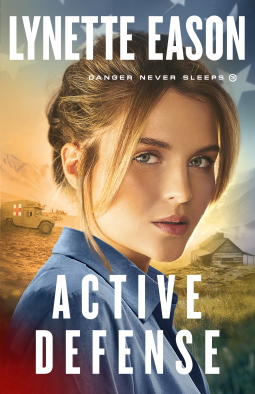 Good plot, less well written. I generally like Lynette Eason’s books, but this one less so. The story begins in Afghanistan when heather tries to save the life of a young bomber. He dies but his story does not die.

Heather, back in America, begins to be followed by a stalker. And her life begins to be threatened with home invasions, car wrecks, and kidnappings. It would take the combined work of Heather and her friends to discover the truth behind it all. In the process Heather will need to learn to trust and depend on others. She is not on her own, but it will take effort to overcome her past.

Sadly, the first ⅔ of the book are a bit slow-going; the last third picks up speed and becomes a more satisfying read. Was the book worth my time - yes, but it took a while to get there. The book barely gets 4-stars.
______________
This review is based on a free electronic copy provided by the publisher for the purpose of creating this review. The opinions are mine alone.

Posted by Pastor Floyd at 6:02 PM No comments:

The Thief of Blackfriars Lane - A Review

The Thief of  Blackfriars Lane 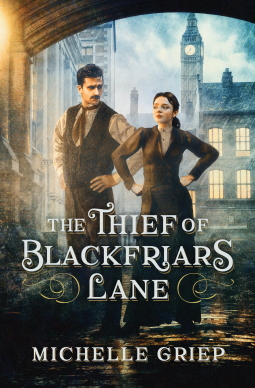 “Measuring God by how people
—even godly people—
have mistreated you is not a good measuring stick.
Man will always betray, forget, malign,
misjudge, abandon—but God remains steady and dependable.
Of course that requires you depend upon Him to begin with.
Do you?” (p. 123)

If an author wanted to combine the sleuthing of Sherlock Holmes, the culture of Charles Dickens, and the charity of Robin Hood, the resulting book could very well be The Thief of Blackfriars Lane.

Michelle Griep has written one of the most satisfying faith-based mysteries that I have read. As I finished reading late last night, I was able to lay down knowing that all was right with the world. Kit was a lady of the streets who had spent years building her reputation. Jackson was a newly hired constable that appeared to be a massive failure as he was dismissed from the constabulary and told to never return to London. The book weaves together the story of these two broken people who must work together to find the four very different men who had gone missing from the streets of late 19th century London. The author has done a marvelous job of building a story of grace, mercy, and love, that will speak to the souls of many.

I appreciate the brief appendix that the author includes highlighting the historical context of the book and the bibliography the author used to describe 150-year-old London. The book easily has a place in the church and public library, both for its literary appeal and its historical perspective. I easily give it 5-stars and wish I could give it more.
______________
This review is based on a free electronic copy provided by the publisher for the purpose of creating this review. The opinions are mine alone.

Posted by Pastor Floyd at 3:36 PM No comments: