Feasting on the Gospels
- Matthew Volumes I and II - A Review

Feasting On The Gospels 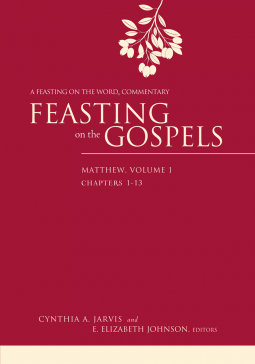 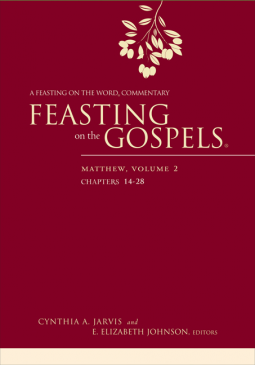 These two volumes are the first of a series of “Feasting on the Word” Commentaries that follows from the earlier “Preaching the Revised Common Lectionary”.  Not coming from a highly liturgical church, it was a pleasure to see John Knox extend the series beyond the texts covered by the widely-used, but not universal, lectionary.  It should be noted that this series is not merely a re-organized version of the earlier work, but an entirely new commentary.

Volume I covers the first 13 chapters of the book, Volume II covers chapters 14-28.  Like the earlier series on the lectionary texts, each of the commentaries is actually four commentaries in one:

I was somewhat reminded of the old Interpreter’s Bible Commentary - which had two parallel commentaries (Exegesis and Exposition).  The four perspectives (as they are called in the text) are laid out side-by-side across two pages.  Each new pericope begins on a new, left-handed page.  An e-book reader will best be configured to read two-page across (with the cover having a single page to itself) to properly access the content, though careful reading will allow a reader to follow the text with minimal difficulty.

The material has chosen a middle ground between scholarly and readability.  Thus allowing this commentary to be available to the layman, the pastor, and the scholar.  The commentaries, as might be expected, are very much Presbyterian; but not so much so that, given today’s ecumenical environment, the books will be of use to those of differing persuasions (it might be noted that this writer is an ordained Wesleyan Pastor).  I received my copies of these two commentaries as I was completing a survey of the Life of Christ as depicted in the book of Matthew for Lent;  I found their comments and observations of help in my sermon preparation.

My only concern is that at this point the publisher has only committed itself to completing a commentary on the four gospels - though it would be hoped that the series would be continued to include the remainder of the New Testament and the entire Old Testament.  More than once, publishers have developed a series of commentaries which focus only on the most popular books of the Old or New Testaments.  I am looking forward to future installments of this commentary.  John Knox is to be congratulated for committing itself to furthering the work begun in the earlier set.
______________