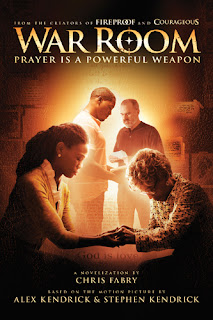 I was privileged to see the movie upon which this book was based about four or five months before the movie will released to the general public. I was impressed. A layman, who accompanied me to the theater, said it was the best Christian movie he had seen. He might be right.

This past month, I was privileged to have the chance to read the book which was based on that movie – at about the same time as the movie was being released. I was not disappointed.

Clara Williams would impact many people – families would be changed, people would renew their faith, and a community would be improved. In the movie we see it happen – and stand back, awestruck, as God accomplishes his work. But we also see it happen in the book; but there we see it happen step by step by step – and we have the opportunity to grow as the books characters grow. We learn, see, and understand the lessons that are taught by Clara to the people in her life.

As I said earlier:

See the movie; read the book.
Read the book; see the movie.
______________
This review is based on a free copy provided by the publisher for the purpose of creating this review.  The opinions expressed are my own.