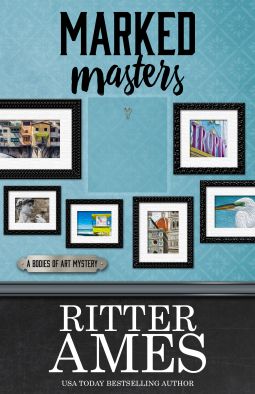 Having previously read “Counterfeit Conspiracies”, and having been disappointed in its soap opera feel, I was not sure what to expect from its sequel. The sequel did answer many of the leftover questions from the first book in the trilogy, but not all of them. One might hope that book three will bring closure to all the remaining questions raise by Laurel Beacham and her band of mismatched detectives.

The writing is well-done, inviting the reader of fiction to discover more of Florida and Florence, Italy, as stolen artwork is discovered and returned to its rightful owner. The pace of the writing is steady and quite capable of holding the reader’s interest. My biggest concern is that if I had not read the earlier book within the past week, I would at times would have felt loss in the author’s current work. My remaining concern is similar as I look forward to the third book’s release six months after the completion of the first two. I can only hope that the author or publisher will choose to include a brief synopsis of the first two books, both for those who have not read the earlier works and for those of us did have the opportunity to read them, albeit six months earlier.

For the reader looking for an international thriller addressing 21st century issues, Ritter Ames has written a series of books worthy of the time spent between their covers. But, unless the publisher chooses to include a brief review of the earlier books, this reviewer would suggest waiting for the third book in the series and reading them consecutively with little delay between the start of each new book.
______________
This review is based on a free electronic copy provided by the publisher for the purpose of creating this review.  The opinions expressed are my own.