"Book of Henry" - A Movie Review 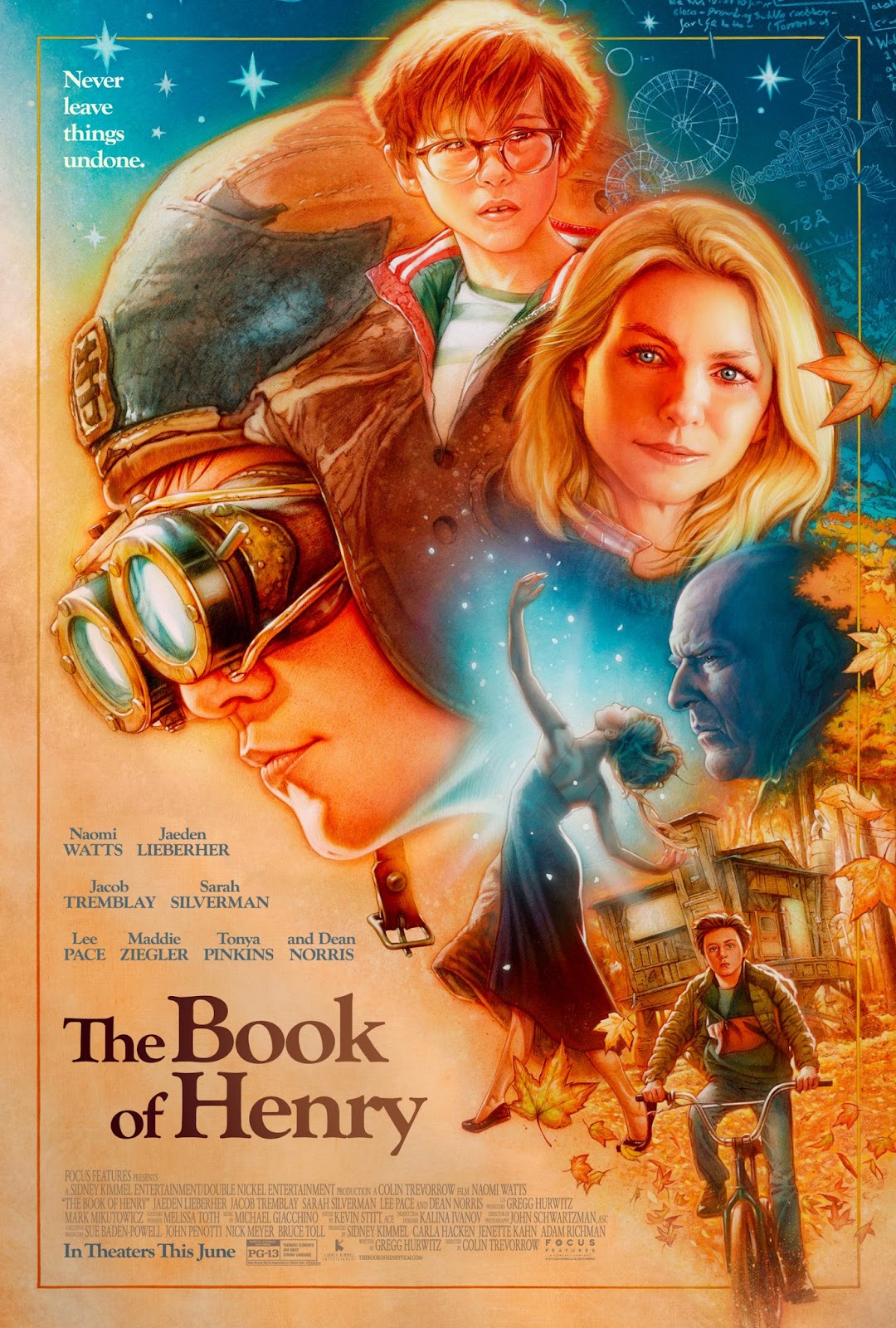 So I am trying something new - rather than reviewing a book, I am going to review a movie. To be honest, this is not my first attempt at a movie review - though my earlier attempts date back to the early 1990’s. I was part of a CPE Unit being held at St. Luke’s Medical Center in Sioux City, IA. We had been given a writing assignment to evaluate what we learned about death in the books we had read that summer. However, it was not the books that I read that helped me think through this theme that year - the same year that “Mr. Holland’s Opus” and “My Girl II” were released. Those two movies and probably a couple of others became part of my essay for that unit. So now, 25 years later, I will again take a stab at writing a movie review.
Earlier this afternoon, my wife and I walked into our local Cinemark theater wanting to see “Cars 3”,  “Megan Leavey”, or “Book of Henry”. The latter movie won for this afternoon as it fit into our schedule given when we arrived at the theater and when it was playing (i.e. we only had a 1-hour wait, rather than the two-hour wait that the other two would have required).
“The Book of Henry” reminded me, as I mentioned to my wife and confirmed by a second review I read after coming home from the theater, of an Alfred Hitchcock thriller. I and the other review both mentioned “Rear Window” as a comparable Hitchcock film.
Henry’s mom is an immature mother trying to parent a semi-genius son and his rather normal brother. Henry becomes aware that a neighborhood girl is being abused by her stepfather, but because of his role in the community, nobody takes the accusation seriously. While facing his own crisis, Henry devises a way to protect the neighbor’s daughter and prepares a script for his mom to follow to assure the daughter’s safety. The immature mother begins to follow the script - but finally grows up enough to tackle the problem
in other ways. But the mom is not the only one who is going to grow up, Henry’s younger brother challenges mom to not address problems like her genius son would, but like she would.
The movie brings together a number of important themes in the lives of several of the main characters. Though not specifically a Christian film, the movie addresses issues that are important to believers - child abuse, parenting, grace (including a child’s rendition of “Amazing Grace” at an appropriate point in the movie), and maturity.
The PG-13 rating and the selection of previews chosen (ranging from R- to PG-13 rated movies) to run prior to the beginning of our feature film left my wife and I with doubts as the movie began. Occasionally the movie included some inappropriate language. There is a discussion of child abuse, but nothing explicit is shown on the screen. Similarly, a suicide is committed off screen, but even that helps bring the film to a satisfying conclusion. The movie is not appropriate for children or young teens or the Christian that may be offended by foul language, but it does have something of value to teach each of us about the world in which we may find ourselves. I gave the movie 5/5 stars and would recommend it for most adults.
______________
This review is based on a paid admission to the theater. The opinions expressed are my own.