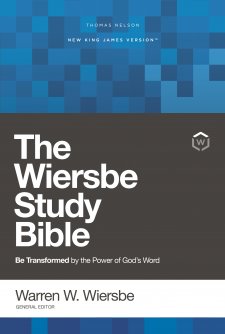 Thomas Nelson has again added a nice study Bible to its list of publications.

To be fair, Warren Wiersbe has long been one of my favorite speakers and writers. Shortly after beginning my journey as a believer, I began to listen to Warren Wiersbe on the radio as he taught in his “Back to the Bible” program. As I began personal Bible study, I would purchase the “BE” book that paralleled my current study. I still consult these works (albeit, electronic versions) as I do personal study, or prepare sermons or Bible studies for small groups.

The Wiersbe Study Bible is actually the second study Bible published with Warren Wiersbe's name attached to it. In 2009 The Transformation Study Bible was originally made available. At the time of its publication, it was said to contain the full text of Wiersbe's “Be ....” series of Bible commentaries. Though I can find no clear statement of how this new book compares to either the commentary series or the earlier study Bible, there does appear to be considerable overlap. Here are two quotes. The first is from the notes found in The Wiersbe Study Bible. The second from Wiersbe’s “Be Worshipful”s commentary on Psalm 28: 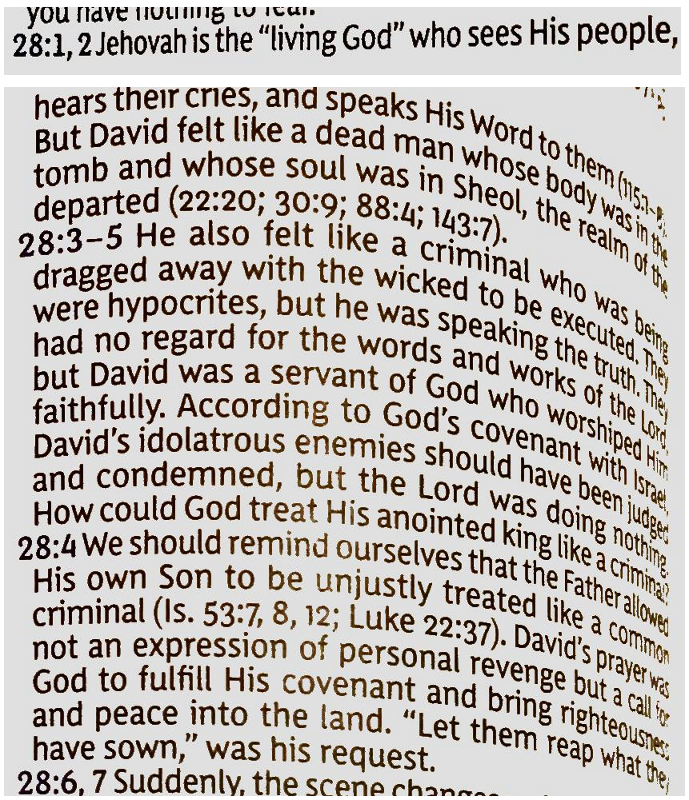 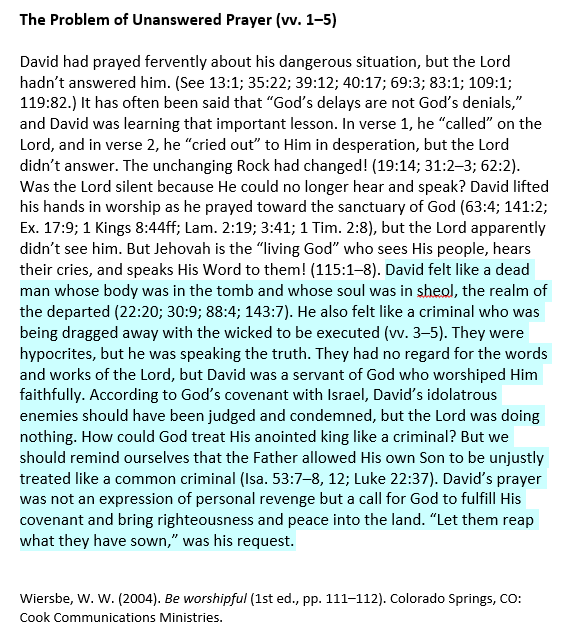 This passage was selected randomly (i.e. I just opened the Bible), yet the two passages have a great many similarities. Compare the highlighted text from the “BE ...” commentary to the notes found in the Bible text above.

The notes are copious and informative - I was hard-pressed to find a page with no notes. I found one, buried deep in the pages of the book of Numbers; though the opposite page still had its own notes. Notes on most pages consist of cross-references and textual notes. The textual notes normally consist of two or three sentences with background material or application suggestions for the text. Also included are “CATALYST” notes designed to help the reader dig deeper into the text by looking at broader themes and character studies.

The other concern I have with this current study Bible is the “Index of Preaching Outlines” placed at the rear of the book. It does not seem to index anything in this Study Bible, per se. Rather it appears to be a list of chapter titles from Wiersbe's “BE ...” Bible commentaries, though no reference is made to these volumes in the current volume.

There is a lot of material in this study Bible, but much of it seems to duplicate what Wiersbe has written elsewhere. If the reader does not have access to these other resources, then this volume is of immense value; if the material is available either in paper or electronic format, this new edition of the Bible may be of lesser value.
______________
This review is based on a free copy provided by the publisher for the purpose of creating this review. The opinions expressed are my own.