Burden of Proof - A Review 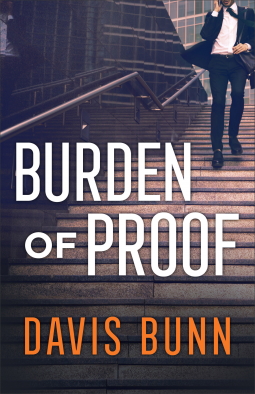 [Ethan] was the prodigal son, the scourge of his family, the man who threw away his heritage and only took from life what he wanted. And only when he could do so in utter selfish abandon.

He had been granted the opportunity to come home. Not because he deserved it. Far from it. Even so, he had returned to the only family left to him. A brother who had abandoned Ethan to the fate he had demanded for himself. And then welcomed him back with open heart and arms. (p. 167)

I read two chapters and I was ready to walk away - it did not catch my attention. But I continued on - by the end of the book, I had unexpected tears in my eyes. The book was great.

Davis Bunn has combined science fiction, legal thriller, and medical drama, into a surprising story that works well. Ethan was dying from a cancer that would soon take his life. It was then that his sister-in-law contacted him and asked him to go back 30 years in time to save his brother’s life and marriage. Both Ethan and this reader were skeptical, but with a flash of light and a stopped heart, he made the trip. He immediately stumbled into legal and medical dramas that Ethan and his brother, Adrian, would need to work through.

This retelling of the “Prodigal Son” (Luke 15:11–32) allows Ethan and the reader time to reflect on the Grace of God in a modern setting - a lesson we all have to learn.

This book, this parable, belongs in the church library and the public library. It touched this reader’s life and reminded him of faith lessons without a heavy dose of religiosity. After finishing the book it easily receives a 5-star review.
______________
This review is based on a free electronic copy provided by the publisher for the purpose of creating this review. The opinions expressed are my own.