Imagination Station: Refugees On The Run - A Review

Refugees On The Run 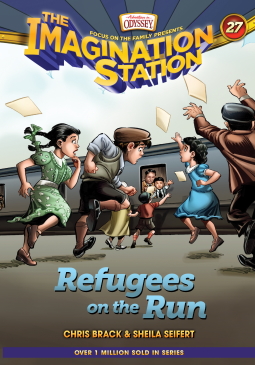 We find John’s friends in Lithuania near the beginning of WWII. This fictionalized story centers on a relatively unknown series of true events when a Japanese diplomat saved thousands of Polish and Lithuanian Jews trying to flee the horrors of Hitler’s holocaust.

Though this story is fictionalized, enough facts are dropped along the way to allow the reader to dig for the rest of the story. Written for 4th through 6th grade readers, this senior adult found the story interesting and inviting to the end. Like most material coming from Focus On The Family, it also includes a clear statement of the gospel as part of the story. I give the book four stars.
______________
This review is based on a free electronic copy provided by the publisher for the purpose of creating this review. The opinions expressed are mine alone.