The Witnesses - A Review 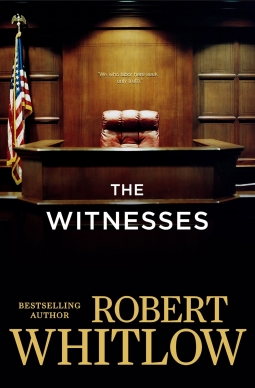 Some authors catch a readers attention. Robert Whitlow has caught mine. I try to read as many of his books as I can, though I have missed a few. Here is an author that is trained as a lawyer, has the faith of a committed Christian, and has been compared, favorably. as an author to John Grisham. And he continues to succeed at his craft.

The Witnesses is proof of that fact.

Franz Haus, as he was called by his parents. or Frank House, as his family and friends know him now, has a long history.  He joined the German army near the start of World War II. He had a good intuition that often provided solid advice to General Berg, intuition that would allow him to meet and sit with some of the highest leaders in the German army, intuition that force him to see more atrocities committed in the name of Germany than he wanted to admit - to himself or to those who knew him best.

Frank House (nee Franz Haus) deserted the German Army  through  Switzerland (where he lived out the remaining months of the war) and eventually settled in New Bern, North Carolina; but when he did, he left with a secret that others were willing to kill for. A secret that would put both his own life and the life of his grandson in danger.

As always, Robert Whitlow has managed to draw together the brokeness of life, the drama of the legal system, and the role of faith into a readable novel that will appeal to both the believer and non-believer. It gives a glimpse of how faith can and does work in the life of men and women of faith.
______________