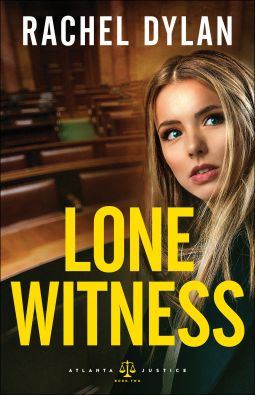 A Review
Rachel Dylan has written a thoughtful legal thriller with a bit of romance thrown in to make life interesting for the protagonist and her father’s choice for a bodyguard.


Sophie Dawson is an Assistant District Attorney for the Fulton County (Atlanta, GA) District Attorney’s office. After receiving a promotion from the Criminal Division to the White Crimes Division, she finds herself on two sides of the law — serving as the prosecutor for a case involving an investment banker overcharging of his clients and serving as the lone witness at a late night convenience store double homicide. The catch — both cases could end up with her being killed by the respective defendants.


The story is well-written and easily held this reader’s interest.  If produced as a movie it would be rated PG13 — because of violence.  The violence is not excessive, but occurs throughout the book. My major complaint was the nature of the romance — the protagonist is determined to change the mind of her bodyguard who, given his family of origin, has no interest in pursuing romance at this point of his life. The language chosen by the author almost makes one believe it is acceptable to aggressively stalk an unwanted suitor. At least as presented in the book, though maybe suitable for a romance novel, this reader felt that the behavior was inappropriate for a Christian desiring to set an example for others whether as the character of a book or in real life.
For the reader looking an exciting escape from life or just a good clean thriller, not cluttered with gore and sex, Lone Witness would fill the bill. Having a place in both the public library and the church library; this book would satisfy readers coming from many directions.
______________


This review is based on a free electronic copy provided by the publisher for the purpose of creating this review. The opinions are mine alone.
Posted by Pastor Floyd at 4:48 PM