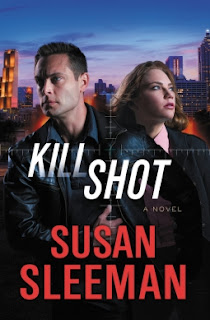 Ace said he was going to be killed, but his therapist, Dr. Olivia Dobbs, did not believe him. After all, PTSD had defined his fears over the last few years. She thought they had made real progress, but now he was back with the delusions again.

Except this time he was not delusional and before the first chapter was half over, he was dead.

The FBI’s Critical Incident Response team was called in to investigate – not because of who was killed, but because of how he was killed. And that was Top Secret and could not be shared outside their own unit.

Agent Rick Cannon, though not the team leader, was asked from the beginning to take charge the investigation. But from the moment he first crossed paths with Dr. Olivia Dobbs, he had to separate his personal reactions to her from his professional responsibilities – after all, she was the first person on the scene and was a likely suspect. That distinction would not come easy.

Both Olivia and Rick would have their faith challenged as they worked the case. Their families would find ways to interfere with their personal lives and hard decisions would have to be made in response to each of their families of origin.

The author has written an exciting, thrilling, story that would take the FBI unit and its home office, more than simple forensics to solve. The number of bodies would grow – including members of Congress and personal friends of the FBI team. Their team would travel from Washington DC to Atlanta, GA. And the 7 days would see non-stop action for those involved in the case.

Two comments. First, the book involved more romance than I would normally like to see in a book I would choose off the shelf. Relationships, healthy relationships, do not develop in seven days, though that is part of the thesis of this book. However, the book was a romantic thriller and those kinds of relationships are often found in the plots of these novels. Regardless, this reader was disappointed.

Second, if the author would choose to create a series of books using these characters, there would be time for a healthy, growing, relationship to be modeled. The Critical Incident Response team did not have a profiler on staff – Olivia could easily fill that position – as a consultant, if not a formal FBI agent. Perhaps this is planned, but it was not obvious to this reader.

Even with these two concerns, the book warrants 5-stars. The plot is intense, the characters are real, and settings are believable.
______________
This review is based on a free electronic copy provided by the publisher for the purpose of creating this review. The opinions are mine alone.