Ghosts of Painting Past - A Review


Ghosts of Painting Past 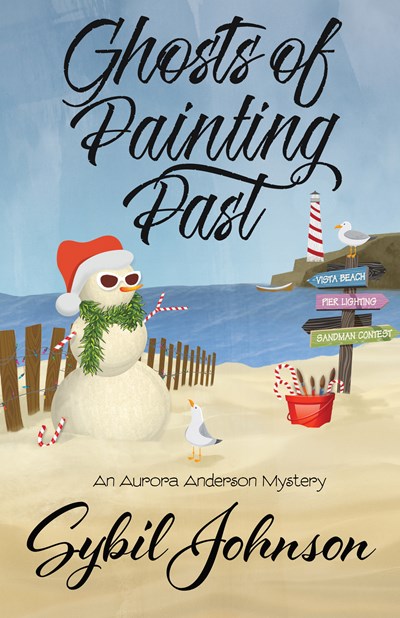 Ricky Zeppelin had finally come home. Ricky had left home twenty years earlier to surf the world’s great beaches. He had identified most of them in those final months before the end of high school, locating decals that he had plastered on his surfboard so others would know his planned destinations as he traveled the world.

And now he had returned home. At least his bones did.

Home for Ricky and the other characters in Sybil Johnson’s newest book is a seaside town in Los Angeles County, California. The discovery of Ricky’s bones raised questions - when did he die, where did he die, how did he die? And did any of the current residents know more than they were saying? Aurora (Rory) Anderson lived across the street from where the bones were discovered. She, her family, her friends, and her neighbors, would soon find themselves in the midst of the decades-old mystery that could and did have deadly consequences.

The story did not stall - moving from one piece of evidence to another. Rory is an independent IT consultant, working from her home, though the events in this book would seem to leave her little time to work at her computer. I expect most contractors would be disappointed in the amount of effort she gives to her primary career. Of course, if Rory spent more time at her keyboard, the events of that Christmas season would not have been nearly as exciting. Though not crucial or distracting from the story, readers should be aware that the story is LBGT friendly.

A well-written cozy mystery that reflects much of 21st-century culture for those living in Southern California. For those looking for a Christmas themed cozy mystery centered on the warm shores of the Pacific Ocean, Ghosts of Painting Past is worth reading this holiday season.
______________

This review is based on a free electronic copy provided by the publisher for the purpose of creating this review. The opinions expressed are my own.