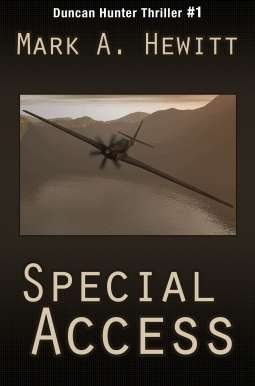 by
Mark A Hewitt

Originally published in 2013, this book is partly political thriller and partly historical fiction. Yet it reads as if it were aimed at a contemporary 2019 American public.

The plot is intriguing and draws the reader into the story which takes place over a twelve-year period from 1999 to 2011. The reader is walked through the trauma of September 11, 2001, and the taking of Osama bin Laden on May 1, 2011. The story assumes that bin Laden was not disposed of in the Indian Ocean as was announced publically, but instead was taken alive and interrogated by a team of independent ex-Seals and other special ops personnel before dying. The author’s background is ideal for imagining a story wrapped in the world of espionage and the special ops military troops which are the highlight of the story. The author’s knowledge of aircraft history and the use of quiet aircraft during the Vietnam War added an additional sense of realism to the story.


Though having a unique and intensive plot, the book does have its flaws. The timeline is not linear and dates each chapter. Other times it arises as the author introduces the characters’ recall of their own backstories. This non-linear flow of events makes the story difficult to follow at times. The book is very political - Democrats are consistently equated to communists. The Democratic President toward the end of the book is not named, but is described as having “large ears”. At times the story seemed to drag - as if the reader were required to carry a heavy load as he or she moved through the book. It should be noted that a movie based upon the book would be rated “R” as there seemed to be an abundance of unnecessary violence and sexuality. Personally, if I had known the extremes these elements pervaded the story, I would have avoided the book and chosen to spend my time reviewing another book.

It is this combination of a good story and the book’s limitations which force me into writing a 2½ star review.
______________
This review is based on a free electronic copy provided by the publisher for the purpose of creating this review. The opinions expressed are my own.