Escape From The Everglades - A Review

Escape From The Everglades 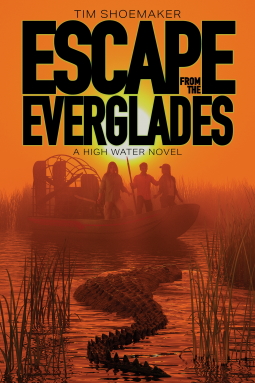 A nicely written thriller featuring three teens who live in the Everglades in Southern Florida. They are close friends, but each is at a different point in their journey of faith. They challenge each other - both for good and bad - as they search for the older sister of one of the teens, but each of them does grow in the process.
Focus On The Family suggests the book is aimed at a 9-15 year old audience. Given the amount of graphic violence and the issues discussed, this reviewer would suggest that the book is better aimed at a 15-year-old to adult audience. The reader will be drawn in and will not want to put the book down till the final chapter is finished.

With the exception of the violence, this reader was reminded of the Hardy Boys adventures from the 1950’s and early 60’s. I would like to see sequels written - maybe in Boston (where two of the friends are moving) and. later, in whatever college town they choose to attend. I give the book four-stars.
______________
This review is based on a free electronic copy provided by the publisher for the purpose of creating this review. The opinions expressed are mine alone.